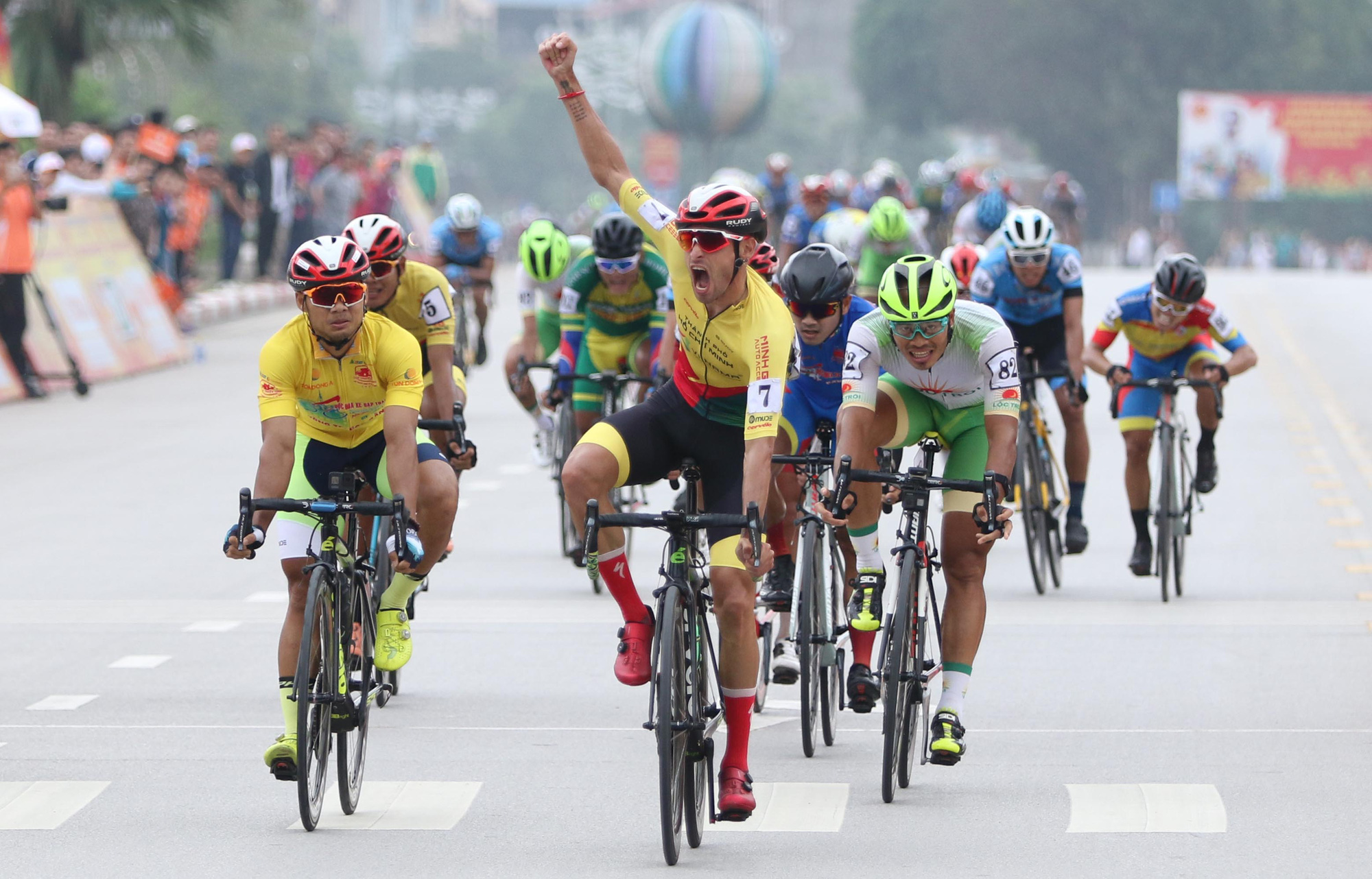 A Spanish cyclist won the third stage of a national race in Vietnam, conquering 42km around Lang Son City, the capital of the namesake northern Vietnamese province, on Tuesday.

The 42km stage took place over 25 laps, 1.7km each, that troubled participating cyclists with narrow turns forcing several riders off their bikes.

Despite the difficulty of the course, racers maintained breakneck speed and staged several breakthrough attacks.

About 10km to the finish line, Pham Quoc Cuong of Duoc Domesco Dong Thap broke away from the pack with an impressive sprint.

But Cuong’s efforts fell short as Perez and some other cyclists caught up toward the finish, with the Spaniard pulling ahead of Cuong and Minh to cross the finish line in first place.

Perez’s performance in the stage awarded him a time advantage of ten seconds before stage four.

After the first three rounds of the tourney, Minh is still ahead in terms of round wins.

About 100 cyclists from 15 competing teams were scheduled to race for 143km in their fourth leg of the race, from Lang Son City to Hanoi on Friday.

In its 33rd edition, the competition takes cyclists from north to south in celebration of Vietnam’s reunification on April 30, 1975.