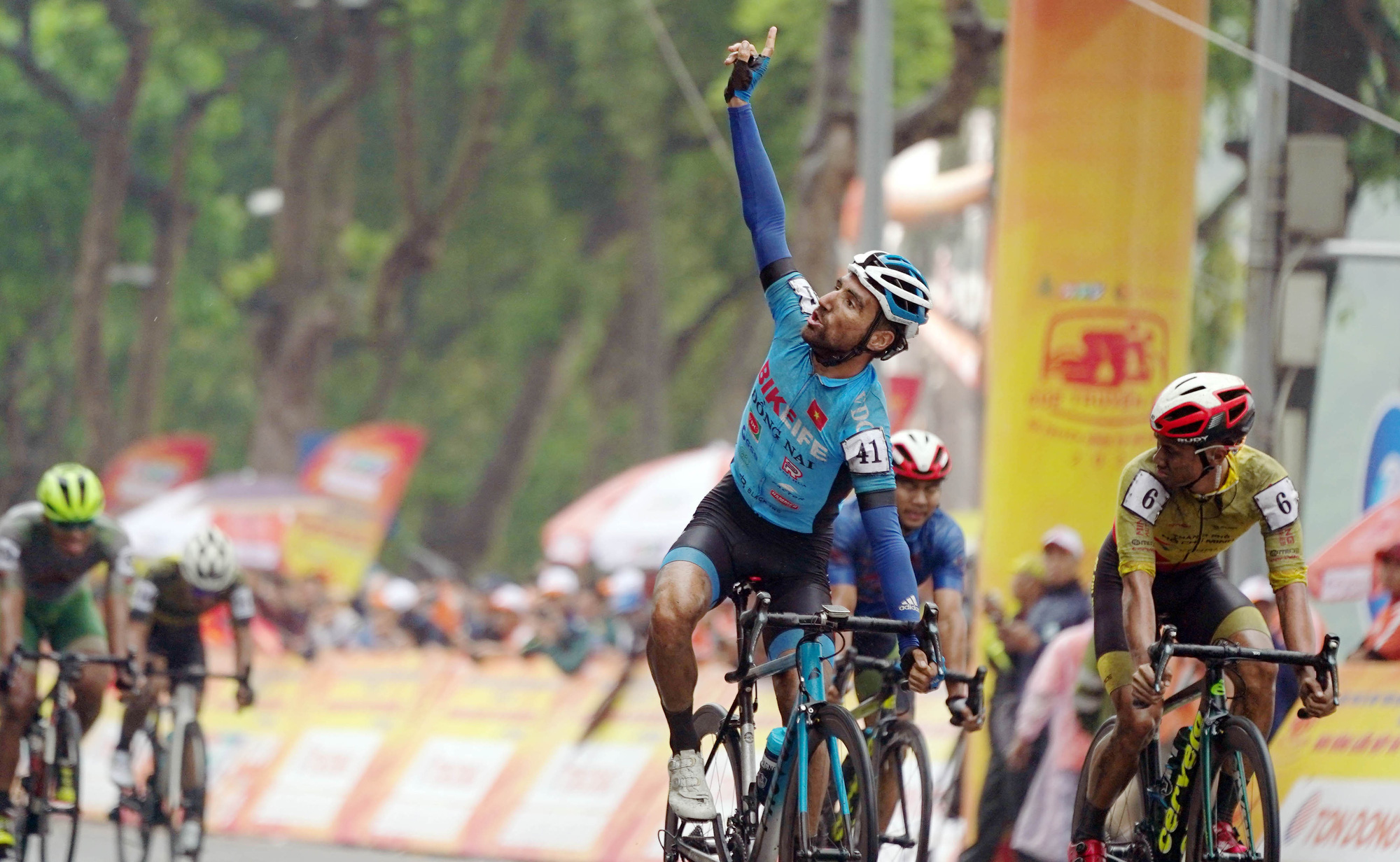 A former French men’s U23 national cyclist outshined many other racers to win the fifth stage, which took place around Hoan Kiem Lake in Hanoi on Saturday morning, of the ongoing north-to-south tournament in Vietnam.

While the experts in the field were expecting for the direct rivalry between Nguyen Tan Hoai and Le Nguyet Minh of the two aforementioned teams, respectively, Loic Desriac, a French cyclist racing for Bike Life Dong Nai, sprinted in the last two kilometers to cross the finish line in the first place with the total time of 58 minutes and nine seconds and an average speed of 43.852 km/h in everyone’s surprise.

The fifth-round victory awarded Desriac VND20 million (US$868) in cash and a time advantage of ten seconds at the sixth stage.

After the first five rounds of the tourney, Nguyen Tan Hoai is ahead in terms of round wins.

About 100 cyclists from 15 competing teams are scheduled to race for 154km in their sixth leg of the race, from Hanoi to north-central Thanh Hoa Province on Sunday.

In its 33rd edition, the competition takes cyclists from north to south in celebration of Vietnam’s reunification on April 30, 1975.