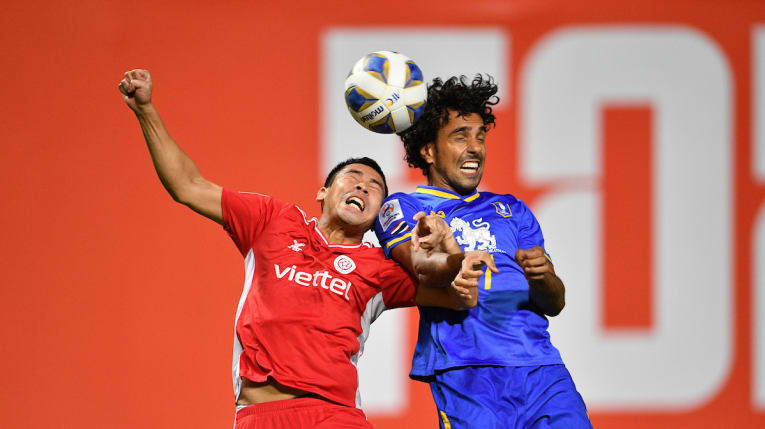 Viettel FC took the lead in the first half, but the Thai representatives’ three goals after the break sent the Vietnamese side home.

Although BG Pathum United put more pressure on Viettel FC’s goal in the start, Pedro Paulo managed to catch a pass from Caique and finished with a left-footed strike to beat Thai keeper Chatcha Budprom and open the scoring for the Vietnamese in the 23rd minute.

But that was all for the first half as the two teams both missed several opportunities.

With the momentum in BG Pathum United’s favor, Chaowat Veerachat scored the equalizer when he dived in to head home Diogo’s cross on 56 minutes.

The roles were reversed in the 64th minute as Veerachat nodded the ball down for Diogo, who stooped low to head in BG Pathum United’s third goal of the night.

Viettel FC tried to find their way back but it was no avail as the Thai players successfully protected their revival’s results.

Kaya FC-Iloilo are rock bottom with zero points, and together with Viettel FC, already eliminated from the tournament as only the winners of each group and three best runners-up from each region will advance to the round of 16 in the knockout stage.

BG Pathum United will now look forward to playing Kaya FC-Iloilo of the Philippines on Thursday, while the Vietnamese side will meet Ulsan Hyundai FC in the day’s earlier match.

It involves 40 teams divided into ten groups during the group stage.