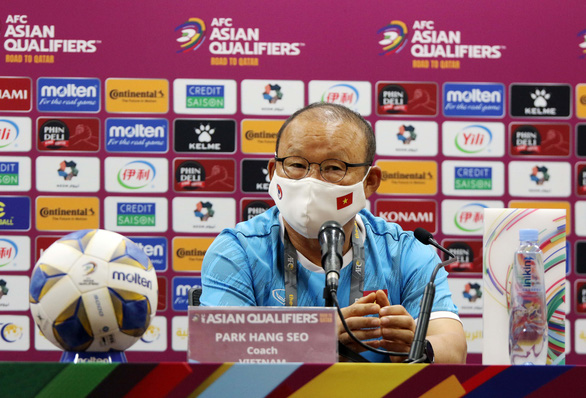 Vietnam’s upcoming match against China in the final round of the 2022 FIFA World Cup Asian qualifiers in the United Arab Emirates (UAE) is crucial to the team’s World Cup hopes, head coach Park Hang Seo affirmed at a pre-match press conference on Wednesday evening.

The game will be broadcast live from Sharjah Stadium in the UAE at 0:00 on Friday (Vietnam time) on Vietnam Television’s VTV6 and streaming service FPT Play.

Both Vietnam and China suffered losses in their first two matches in the final round of the qualifiers, making it critical that Vietnam earn at least one point in the upcoming match, Park said, adding that he hopes to appease the high hopes of Vietnamese fans.

According to Park, Vietnam’s strategy for the showdown will be to subdue China’s unique playing style.

The game will be played without spectators due to COVID-19, according to the stadium’s managing board.

Both Vietnam and China collected zero points in their two opening matches.

Vietnam are currently in the fifth place while China are at the bottom of Group B, which also includes Oman.