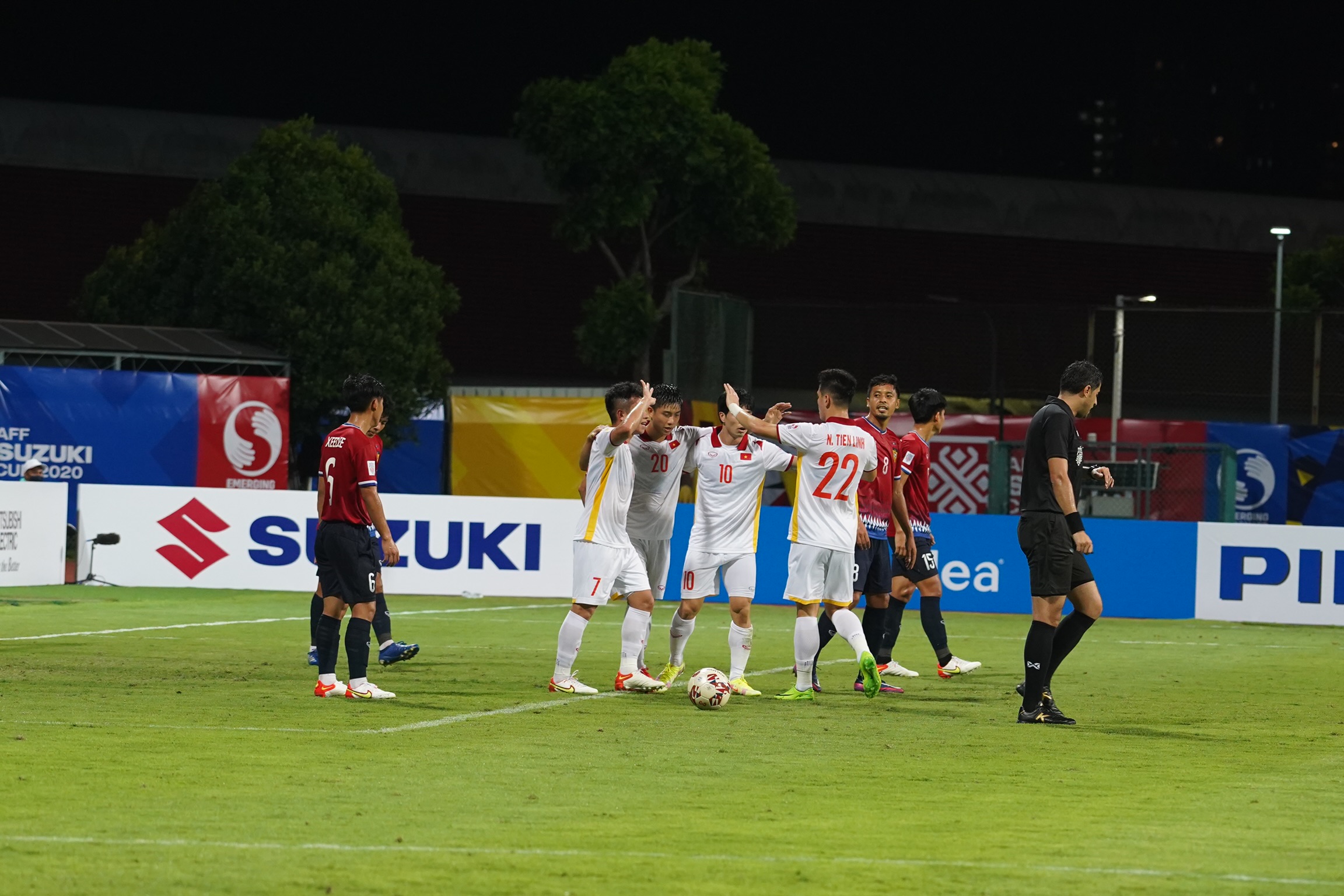 Two goals scored by Nguyen Cong Phuong and Phan Van Duc gave Vietnam the victory in their Group B opener at the 2020 AFF Suzuki Cup in Singapore on Monday evening.

The goals, which came in either half, were enough for Vietnam to secure a win though Laos held them in check for long spells of the match.

As expected, Vietnam dominated possession and chances, even without their strongest formation.

However, it took them a while to break down a dogged and well-organized Laos side.

It was not until the 26th minute that a ball over the top from Nguyen Hoang Duc found Nguyen Phong Hong Duy, who sent a ball across the face of the net from the left that a sliding Nguyen Cong Phuong tucked home in the back post.

Vietnam maintained control of the game with short-range coordination but could not find the net of Laotian goalkeeper Souvannasangso again until the break, as his teammates stuck to thick defensive play in the box.

It took the defending champions just ten minutes after the restart to double their advantage as a cross from the right from Ho Tan Tai was met by Phan Van Duc, whose downward header found its way past the Laotian keeper at the near post.

Laos had a rare sight of goal as their star debutant forward Billy Ketkeophomphone fired a one-on-one effort straight at Vietnamese goalkeeper Tran Nguyen Manh in the 64th minute, but the latter came up with the save.

Vietnam then blew a chance to extend their lead as substitute Vu Van Thanh saw his 75th minute penalty shot blocked by Souvannasangso after his earlier shot glanced off the hand of defender Chitpasong Latthachack.

Van Thanh had a strike from range tipped off the bar in the 85th minute in what was the final effort of Monday evening’s clash.

Vietnam are temporarily ranked second in Group B after the 2-0 victory as Malaysia defeated Cambodia 3-1 on the same night.

The reigning champions, Vietnam, who claimed a 3-2 aggregate triumph over Malaysia in the 2018 AFF Suzuki Cup finale, were drawn in Group B alongside Malaysia, Indonesia, Cambodia, and Laos.