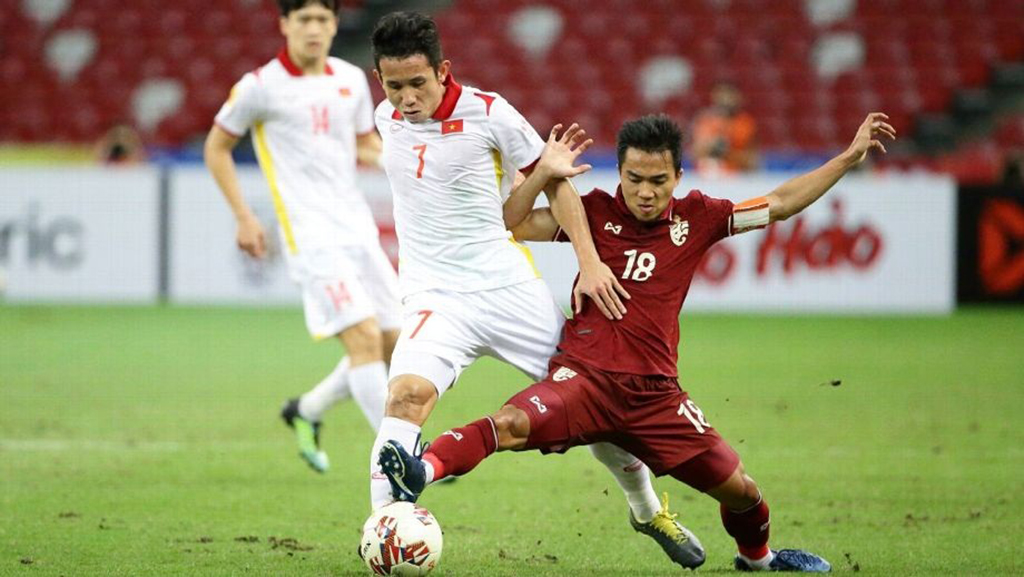 Vietnam are now former champions of the AFF Suzuki Cup after a goalless draw against Thailand in the second leg of the semifinal in Singapore on Sunday night, with the War Elephants advancing to the final with an aggregate 2-0 victory.

The Vietnamese had already lost 0-2 to the Thais in the first leg on December 23.

The impressive defensive performance of the Thais not only limited Vietnam to just four shots on target but also knocked the defending champions out of the 2020 AFF Suzuki Cup.

Down two goals from the first leg, Vietnam were pressing from the first whistle, with Nguyen Quang Hai sending a snap shot straight at goalkeeper Chatchai Budprom after just four minutes, before Ho Tan Tai lost his footing in a good shooting position midway through the half.

One of Vietnam’s several attacks in the 29th minute forced Chatchai to come outside the box for clearance.

But the attempt saw the Thai goalkeeper pick up an injury and stretchered off, Siwarak Tedsungnoen coming on as a 33rd minute replacement.

In the remainder of the first half, the Golden Stars missed two other golden opportunities to get off the mark, as Hai’s powerful free-kick was blocked by Siwarak on 37 minutes and Tai’s header careened off the post.

Vietnam’s hopes would have been dashed in the sixth minute of stoppage time if not for a save by Tran Nguyen Manh as he denied Theerathon Bunmathan’s rocket at his near post before the teams went to the break locked at 0-0.

Both coaches made tactical maneuvers at the interval.

But it was Thailand that got the upper hand as they managed to prevent Vietnam from scoring in set-piece situations.

The longer the game went on, still scoreless, the more desperate that Vietnam became, with all of their attempts unsuccessful.

The stalemate was unchanged until the final whistle.

The results knocked Vietnam out of the tournament, while five-time winners Thailand will meet Indonesia in the first and second legs of their title decider on December 29 and January 1.

The ongoing AFF Championship, hosted by Singapore between December 5 and January 1, is the delayed organization of the 2020 AFF Suzuki Cup, which was originally planned to take place at the end of last year but was pushed back due to the COVID-19 pandemic.

Vietnam’s title defense ending at the semifinal stage has raised a few questions about whether or not the Golden Stars remain the strongest side in Southeast Asia’s football.

During the tenure of head coach Park Hang Seo, Vietnam have garnered quite a few achievements in the past four years, including becoming the runners-up at the under-23 Asian championship in 2018, the winners of the 2018 AFF Suzuki Cup, the 2019 Asian Cup quarterfinalists, the 2019 Southeast Asian (SEA) Games champions, and playing in the final stage of the 2022 FIFA World Cup qualifiers for the first time.