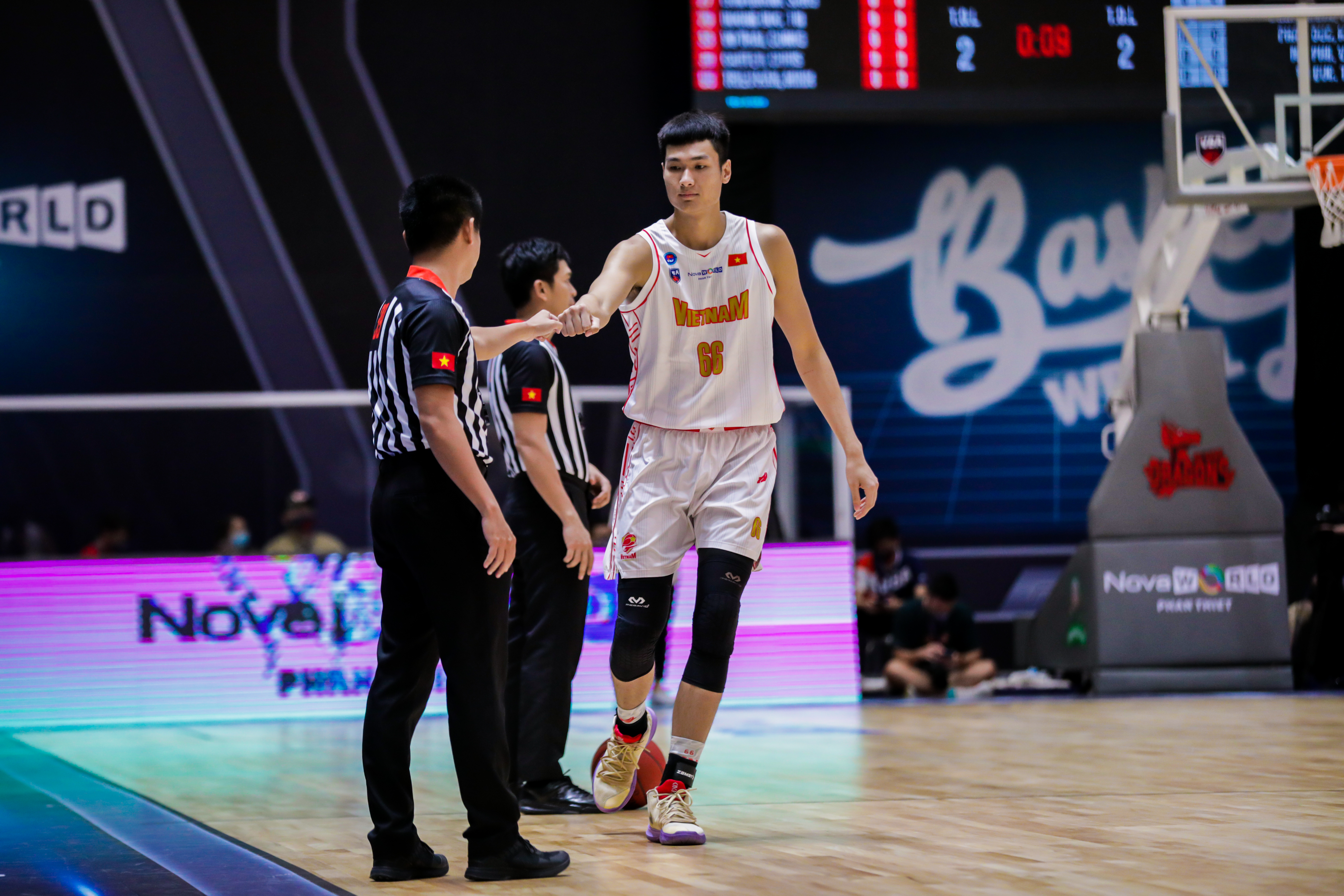 The Vietnamese national basketball team has less than six months to prepare for the 3x3 and 5x5 events at the delayed 2021 Southeast Asian (SEA) Games.

In July 2021, the Southeast Asian Games Federation (SEAGF) officially announced the postponement of the 2021 SEA Games in Hanoi due to COVID-19.

Vietnam eventually rescheduled the event to May this year.

Accordingly, the 31st SEA Games will be held in Hanoi and nearby towns and cities from May 5 to 23, about half a year later than originally planned.

With the games fast approaching, national teams from all sports are busy preparing for their hopeful gold medal runs.

Among them, the Vietnamese national basketball is hoping to top the podium in the men’s basketball 5x5 and 3x3 events.

The Vietnamese men’s national basketball team participated in this year’s VBA Premier Bubble Games, organized by the Vietnam Basketball Association (VBA), as part of its preparation for the upcoming SEA games.

As the eighth team to join the VBA, the Vietnamese basketball team competed against both local and foreign players from seven of the country’s professional clubs in a concentrated, closed-door format in Nha Trang City.

Coach Kevin Yurkus, who led Team Vietnam as it took home bronze medals at the 2019 SEA Games, will continue to coach the Vietnamese men’s national basketball team at this year’s SEA Games.

“The players know each other very well thanks to being together for a long time,” said coach Yurkus.

“We are building unity and a beautiful playing culture.

"Those things cannot be achieved in the early days of training.”

Most of the players on the men’s national basketball team are already practicing together, while the remainder of the roster is expected to join preparations during this first quarter.

Coach Yurkus and his team currently have their eyes set on the gold medal at the 31st SEA Games.

“Of course, the SEA Games edition is the number one priority right now, but we want to look further into the future, like five or ten years from now.

“This is the starting point in an overall strategy to put Vietnamese basketball on the world map.”