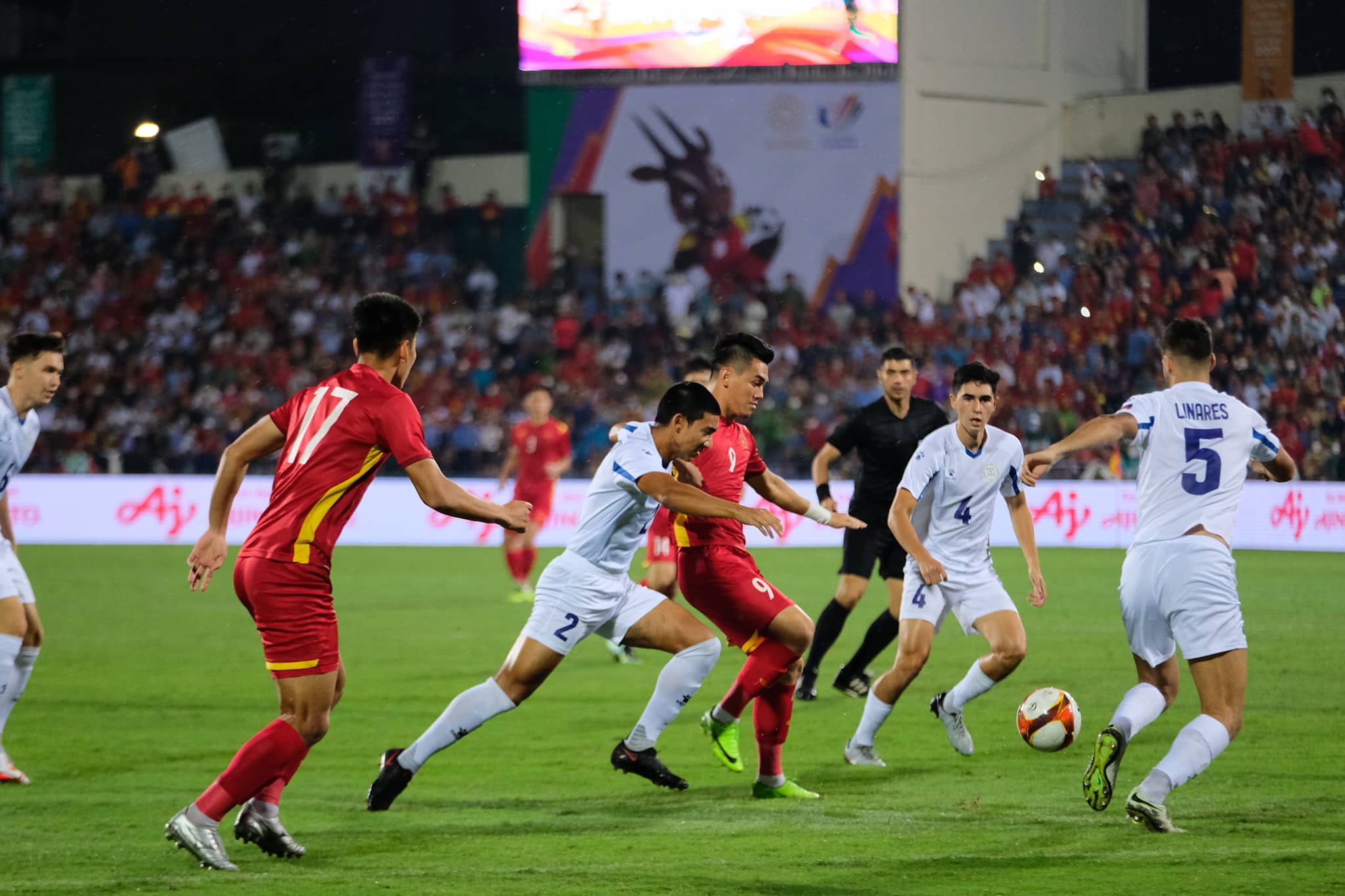 Both Vietnam and the Philippines were off to a great start at the tournament two days earlier after their 3-0 and 4-0 wins over Indonesia and Timor Leste, respectively.

Heavy rain did not stop spectators from filling up Viet Tri Stadium in the northern Vietnamese province of Phu Tho to cheer for the hosts.

While most of Vietnam’s shots either went over the bar or were side netted, the Philippines’ finishes did not cause Vietnamese goalkeeper Nguyen Van Toan any troubles.

The first 45 minutes ended without a goal although Vietnam pushed forward and dominiated the game.

Vietnam were threatening the Philippines’ goal with many chances created from corners five minutes after the restart.

However, the Golden Stars had difficulty finding a way into the opponents' goal, and their shots needed more accuracy.

The 0-0 draw saw the Philippines retaining their top position in Group A, right above Vietnam, although the two sides are now level on four points as the junior Azkals have scored four goals compared to the Vietnamese's three.

Vietnam will play Myanmar on May 13.