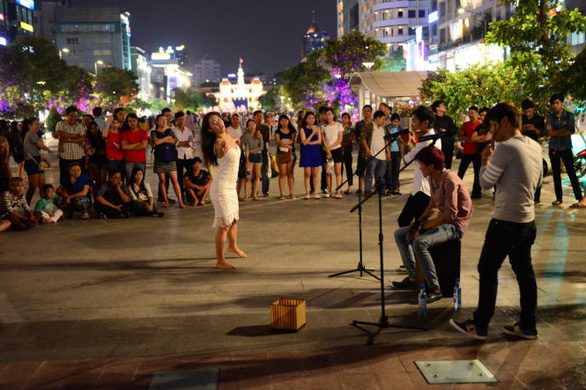 Starting July, there will be street art performances on Nguyen Hue Pedestrian Street in District 1, Ho Chi Minh City every Saturday as per a new tourism promotion initiative from the municipal Department of Culture and Sports.

The city’s deputy chairman Tran Vinh Tuyen has given the green light to the proposed idea.

A total of 48 weekly street art shows with an estimated cost of more than VND1.4 billion (US$60,400), funded by the municipal culture department’s budget for 2020, will be organized to reboot and promote travel to the city after the novel coronavirus disease (COVID-19) pandemic.

The city’s People’s Committee has assigned relevant functional agencies to coordinate the effective implementation of the program in a way that ensures public order and security, fire and explosion prevention, and environmental sanitation.

Since its opening, the 900-meter pedestrian street has been the iconic hang-out spot for both locals and tourists in the southern metropolis, attracting many people every night and getting even more crowded on the weekend.