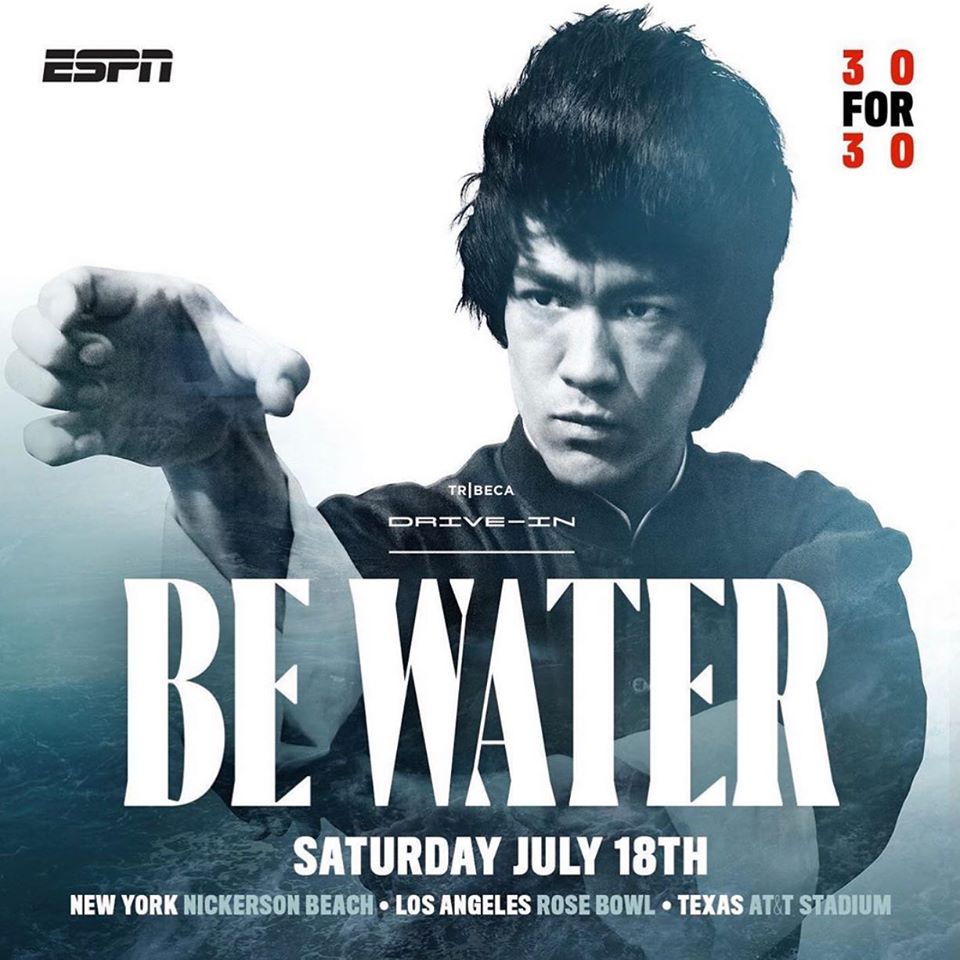 'Be Water,' a Bruce Lee documentary directed by Vietnamese American director Bao Nguyen, is in the lineup for the 2020 edition of Cannes Classics, a popular sidebar dedicated to restored heritage movies and documentaries at the annual Cannes Film Festival in France.

The organizers of the Cannes Film Festival recently unveiled the list of 56 films that would have played there in May had the festival not been canceled due to the novel coronavirus (COVID-19) pandemic.

In the Cannes Classics – one of the six official selections of the festival, Nguyen's 'Be Water,' a documentary about Hong Kong American actor Bruce Lee for ESPN, was selected for screening in the documentary section.

'Be Water' follows Lee’s story told by those who knew him, film critics and historians while nimbly weaving the martial artist and actor’s life with a broader context for his career and stardom.

“I found that in order for us to really aspire and connect to these heroic figures that we relate to, we have to know who they were as a person,” Nguyen was quoted by the Washington Post as explaining the inspiration for the documentary.

“We had to kind of dive deep into their humanistic qualities.”

The documentary was premiered at the 2020 Sundance Film Festival, a U.S. documentary competition, earlier this year.

Following the 2020 Sundance, 'Be Water' was invited to other film-screening events such as South by Southwest (SXSW), San Francisco, Miami, Seattle, Hot Docs and Sydney Film Festival.

The film received a 92 percent positive average from 25 reviews on review aggregator Rotten Tomatoes and appeared in many critics' lists of recommended movies in the first half of 2020.

Bao Nguyen is an award-winning Vietnamese American filmmaker whose past work has been seen in The New York Times, HBO, NBC, Vice, ARTE, and PBS.

He has directed, produced, and shot a number of short films, which have played internationally in numerous festivals and museums.

In 2014, he worked as the producer and cinematographer of the sci-fi feature 'Nuoc 2030' (Water 2030), which premiered at the prestigious Berlin International Film Festival.

He also co-produced the Vietnamese film 'Rom,' which was honored with the New Currents Award at the 2019 Busan International Film Festival in South Korea, together with Vietnamese director Tran Thanh Huy.

'Rom' is scheduled to make its domestic debut on July 31.