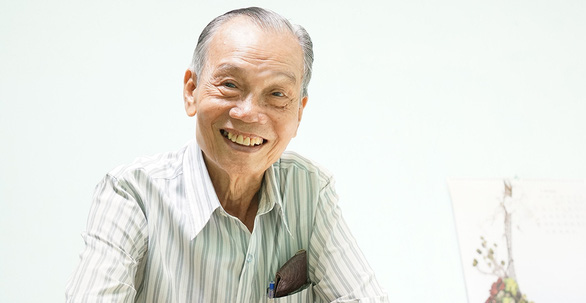 Famed Vietnamese photographer Dinh Tien Mau, the owner of the famous Vien Kinh Photo Studio in Saigon – the old name of Ho Chi Minh City – and the man who snapped dozens of portraits of popular artists in southern Vietnam, passed away on October 8 at the age of 85.

Portraits on display at the studio often included the hottest movie stars, singers, and theater performers of the time.

During the 1960s, Vien Kinh and Director Le Dan’s Binh Minh Studio on Bui Thi Xuan Street are the two go-to spots for Saigon dwellers in search of the right photographer to snap a perfect family portrait.

He moved to Saigon with his family at the age of 13 and started working as an apprentice at Van Van Studio on the erstwhile Duranton Street, now Bui Thi Xuan Street, in District 1.

During his 10-year apprenticeship, Mau learned every detail of shooting, developing, and editing photos.

In 1958, he rented a house and opened a series of failed studios until Vien Kinh Studio finallyn stuck in 1963 and became well-known throughout the city until its closure in 2004.

Many of his celebrity portraits have been featured on the covers of magazines, music albums, and books.

After 1975, when Vietnam was reunified, Mau continued his career as a photographer for Tuoi Tre (Youth) newspaper and Khan Quang Do (Red Scarf) newspaper before retiring to work as a freelancer in 1985.

Mau left behind an extensive legacy in the worlds of portrait photography and photojournalism.

His most famous works include a collection of portraits of southern Vietnam’s celebrities which convey the grace and liveliness of the old favorites at the height of their stardom.

Many of his works are on exhibit in his hometown at the Lai Xa Photography Museum.