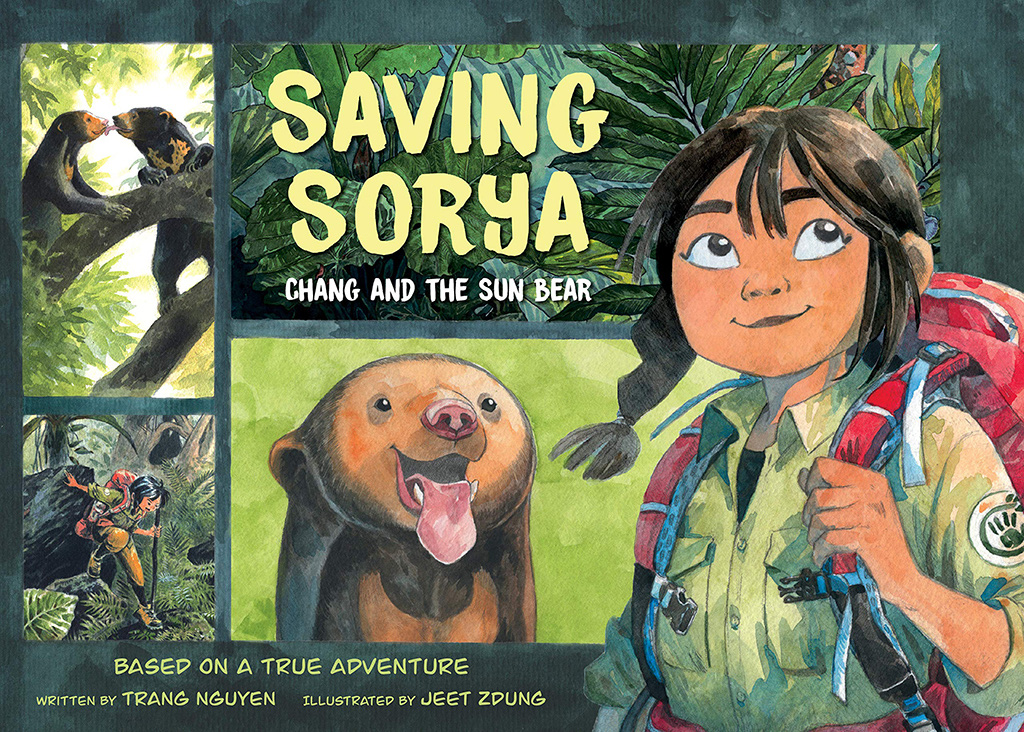 Pan Macmillan, one of the largest general book publishers in the UK, has purchased the international rights, excluding the mother language edition in Vietnam, to two children books written by Vietnamese author Trang Nguyen.

‘Saving Sorya: Chang and the Sun Bear’ is an inspirational graphic novel adventure, based on a true story about Chang, a young conservationist who overcomes the odds to save a sun bear called Sorya and return the bear back into the wild.

The Vietnamese edition of the book was already published in Vietnam in the beginning of 2020.

‘Saving H’non: Chang and the Elephants’ has an older version of the character Chang saving an elephant that is forced to work in the logging and tourism industries for 50 years.

The UK book publisher has sold the copyrights to ‘Saving Sorya: Chang and the Sun Bear’ to its partners in the U.S., Norway, Turkey, China and South Korea.

The book is slated to hit the bookshelves in the UK in September.

Meanwhile, ‘Saving H’non: Chang and the Elephants,’ still in the finalizing phase, is expected to be introduced to readers in 2022.

Trang is the founder of WildAct Vietnam, a non-profit organization which monitors the illegal wildlife trade and organizes educational programs for youths.

The book writer plans to donate the entire royalty payment, which was kept undisclosed but said by Kim Dong Publishing House to be a record in the Vietnamese publishing industry, to conservation groups of Free The Bears and WildAct Vietnam.