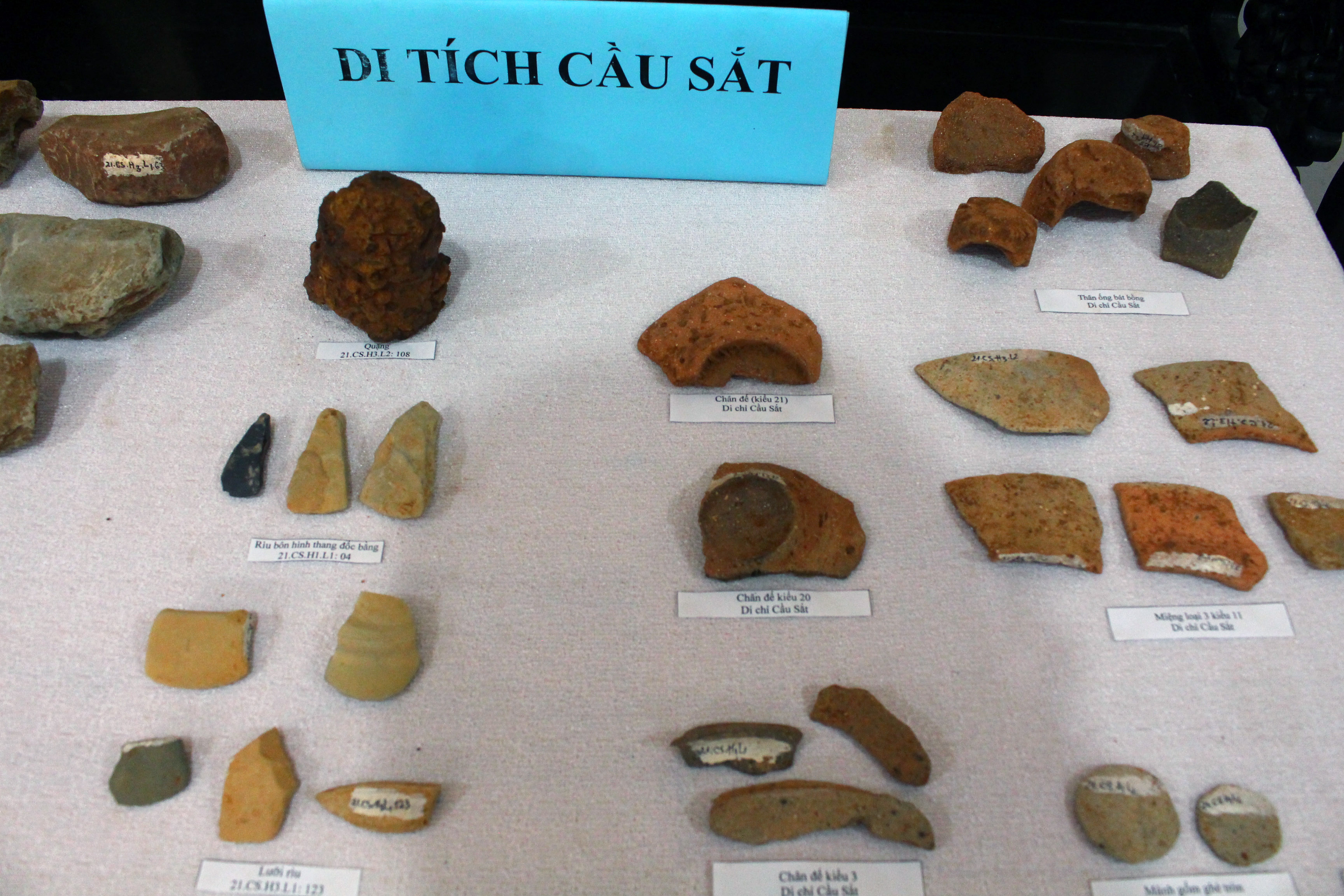 Over 6,200 artifacts dating back thousands of years on display in southern Vietnam

Archeologists in Dong Nai Province, southern Vietnam have discovered over 6,200 stone artifacts, pottery shards, and earthenware dating back thousands of years at two relic sites in Long Khanh City, the provincial Department of Culture, Sports, and Tourism announced at a meeting on Wednesday.

Experts from Dong Nai Museum and the Institute of Archeology excavated the artifacts at the Cau Sat and Suoi Chon relic sites at the end of last year.

They found more than 4,800 artifacts, including 110 stone objects and 4,735 earthenware items, at the Cau Sat relic site alone.

The stone objects consist of axes, ax heads, ax blades, pestles, and grinding stones while the potteries, all broken, were made by hand and decorated with stamped, inscribed or rope patterns.

While the archeologists have yet to exactly determine the date of those artifacts, they estimate that the excavated pits at Cau Sat date back 4,500 to 5,000 years.

These artifacts contributed to an archeological collection of the Early Bronze Age in Vietnam.

Other 1,400 artifacts of similar types were unearthed at the Suoi Chon relic site, which date back 2,000 to 2,200 years, enriching the archeological collection of the Sa Huynh culture in Dong Nai, according to the archeologists.

The Sa Huynh culture flourished in central and southern Vietnam between 1000 BC and 200 AD.

The experts also discussed measures to preserve and promote the value of the artifacts in the future at Wednesday's press conference.