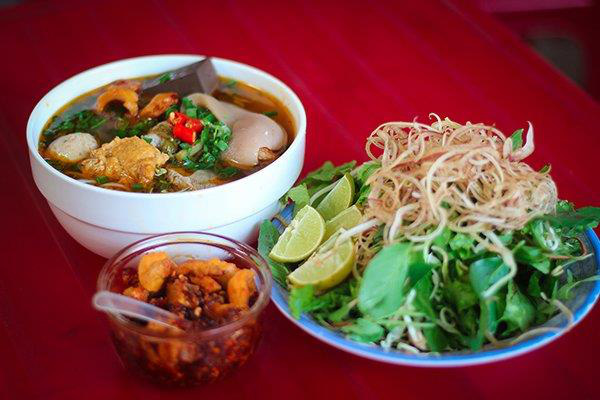 Vietnam’s bun bo hue (Hue-style beef noodle soup) has been included in the lunch menu for students at 35 elementary and middle schools in Saijō, a city in Ehime Prefecture, Japan from this month, according to Fuji News Network (FNN).

The goal of this effort is to promote an understanding of Vietnam to children in Saijō.

“I find this dish very tasty though a bit spicy,” said a student in the FNN report.

“The noodles are soft and delicious like udon noodles, but the soup is orange and its taste is also very different from Japanese dishes,” another child said, adding that was the first time they got to try Vietnamese food and they looked forward to visiting Hue City in central Vietnam -- the hometown of the soup.

Toshihisa Tamai, Saijō mayor, visited a grade-four class at Saijō Elementary School on April 26 to introduce students there about Hue City, which established friendly relations with the Japanese city in 2018, according to NHK public television.

Bun bo Hue is a specialty containing rice vermicelli and beef of Hue, a former citadel in central Vietnam, where it was invented.

The broth requires both pig and beef bones to be boiled with a generous dose of lemongrass, sugar, annatto, and shrimp paste.

When served, the dish is garnished with a tangle of vegetables like lime, scallions, cilantro, banana blossoms, mint, basil, Vietnamese coriander, and water morning glory.

In addition to bun bo Hue, Saijō children are set to have Austrian and Chinese food for lunch in May and September, respectively, as the Japanese city also established friendly relationships with Seeboden Town in Austria and Baoding City in China.