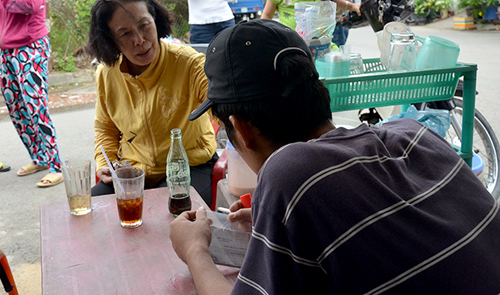 Drug addicts in Vietnam do not have many options to help them overcome their addictions, as a recent pilot program has not proved effective and methadone is hard to come by.

After a year of trial for voluntary drug detoxification in Ho Chi Minh City, 75 percent, or 100 of 134 addicts, left their treatment programs unfinished.

Only six of them completed the three-month program – the longest period available – during the pilot project carried out by the Drug Detox and Advisory Center belonging to the HCMC Department of Labor, War Invalids, and Social Affairs.

The voluntary program is not cheap. On average, an addict pays a total of VND3.7 million (US$178) for a 15-day program which includes VND2.7 million ($130) for treatment and a VND1 million deposit in case the patient damages anything belonging to the center.

After rehab, the last option is to take methadone. This option has reaped positive results over the past several years.

Nguyen Van Khanh became addicted to opium in 2000. He was forced to join programs at rehabilitation centers but failed to overcome his addiction.

In 2008, when a methadone program was initiated in Vietnam, Khanh was treated with it.

Upon taking methadone, he overcame his addiction and was able to go to work and lead a normal life again, said his mother, Tran Thi Diep.

Many other addicts have also overcome their addiction thanks to methadone.

“However, methadone is not a magic wand,” the doctor added, referring to the necessity of a strong will to keep patients from temptation.

“Drug addiction causes brain injury. A slight psychological impact such as a lack of medication or abuse by a loved one may make the patient relapse into addiction,” Hoi explained.

Currently, the city has eight centers that offer methadone treatment for a total of 1,600 addicts, less than a fifth of the city’s approximately 9,000 addicts.

One thousand six hundred is the maximum quota the city can offer addicts with methadone medication, said Tieu Thi Thu Van, office manager of the committee for HIV/AIDS prevention.

When an addict completes methadone treatment, a new one will replace the empty post. But addition cannot wait, Van added.

Thanks to the effect of methadone treatment in the past six years, the People’s Committee of Ho Chi Minh City ordered relevant agencies to expand methadone treatments last month so that its centers will be able to receive 8,000 addicts by the end of 2015.

The city will open new facilities for methadone treatment at current hospitals and health centers at the ward level, according to the city order.

It is just an order, said Van, referring to the fact that it is not currently a feasible solution.

The city can only fulfill the task when it can control the supply of methadone, she noted. However, international organizations will stop sponsoring the supply next year.