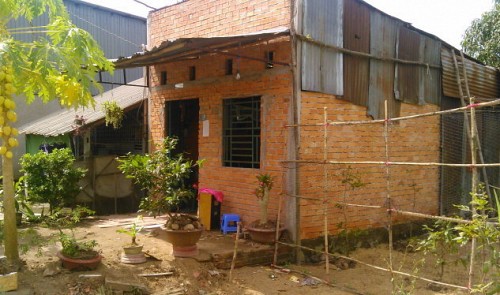 A young man in the Mekong Delta city of Can Tho has been captured after getting married to a 14-year-old girl in O Mon District, a local police officer said Wednesday.

Tran Van Co, 21, has been detained and will be prosecuted for copulating with a child, his wife D.T.C.N., 14, said Senior Lieutenant Colonel Huynh Thanh Can, deputy chief of the police department of O Mon District.

D.P.D., the father of 14-year-old N., said she left school in the 6th grade and often went to the market to sell fish with her mother. With the little money she earned from helping her mother, N. usually went online at local Internet stores.

Then, N. was employed by the owner of a coffee shop in the district and became acquainted with Co, who had just finished his military service and was also working as an employee at the shop.

Ten days after they met, they fell in love with each other, and N. went to Co’s house and lived with the man as husband and wife.

After seeing the two living together, Co’s father went to D.’s house to seek permission for the two to marry, as N. said the young man would commit suicide if he was not allowed to marry her.

On November 23, D.’s family held a wedding party for the two with the participation of about 120 guests including their family members, relatives and neighbors. The wedding went smoothly with no one preventing it, even the local authorities.

The authorities said the wedding was organized on a Sunday, so no one reported the case. The local government only learned about the incident the following day and asked relevant agencies to launch an investigation and deal with it.