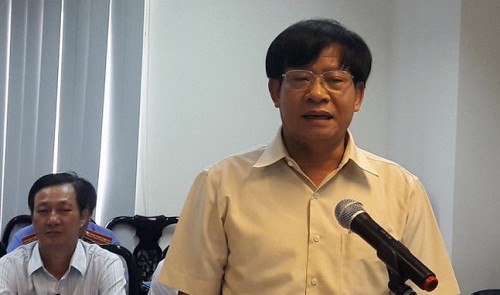 With hundreds of Vietnamese children falling victim to sexual abuse every year in Ho Chi Minh City, a conference held by the municipal People’s Procuracy on Tuesday hoped to address the issue and seek out solutions to the trend of abused kids becoming younger.

The conference hosted Tuesday by the municipal People’s Procuracy gave government officials and experts the opportunity to raise concerns over some alarming trends in the reported cases of sexual abuse towards minors in the city.

According to Vu Thi Xuan Nhue, second deputy head of the criminal division at the People’s Procuracy of Ho Chi Minh City, the body handled a total of 966 sexual abuse cases involving minors in the city from 2012 to 2015, with 826 criminal charges filed against offenders.

While the numbers are alarming, Nhue noted that they are not to be confused with the actual number of sex crimes committed against minors that occurred in the city, which may be considerably higher.

“Oftentimes, cases of sexual abuse towards minors are not reported to the police. It is also a heartbreaking fact that the number of defendants standing trial is far lower than the number of reported crimes because suspects either haven’t been identified or have gone into hiding,” Nhue said.

Nhue added that the age of minors being sexually abused is on the decrease, with some reported victims younger than six years old being abused by their own family members or relatives, sometimes with the consent of the victims.

“Investigations have revealed cases of children engaging in sexual intercourse as early as ten or 11 years old,” Nhue said. “In 2013, a hotel employee in Binh Tan District was arrested for having sex with two children, aged 11 and 12, but later forensic examinations revealed that the kids had had sex before, though the children refused to disclose who it was with or where it happened.

According to figures provided by the investigative body of the Ho Chi Minh City Police Department, of the 139 children reported to the unit as victims of sexual abuse from 2013 to 2015, four were raped by their biological father, eight by their stepfather, ten by relatives, one by their teacher, and 17 by a family acquaintance.

Nguyen Duc Sau, former chief justice of the criminal court at the People’s Court of Ho Chi Minh City, said that over the course of his career he observed many similar cases, one of which involved a mother selling her daughter to a grown man when the child was only 13 years old.

Authorities at the conference set a goal to advocate legal education at school and in the family as a counter-measure to combat sexual abuse.

A delegate from the municipal Department of Education and Training suggested that sex education be integrated into the school curricula in order to better equip children with the necessary knowledge to help protect themselves.

In Vietnam, there is a saying that translates into ‘drawing a path for the deer to run’ – an idea which essentially discourages adults from talking about sex-related issues with their kids for fear that the children will become sexually active too early.

Experts believe that this mindset has left many children vulnerable to sexual attackers who prey on a child’s lack of awareness of what is and is not appropriate for another person to do to their body.

“In the past, people thought sex education ‘drew a path for the deer to run’,” said Nguyen Van Gia Thuy, a representative of the Department of Education and Training. “However, times have changed, and sex education is a necessary tool to help children protect themselves and understand their body…”

Meanwhile, Doan Ta Cuu Long, deputy chief procurator at the People’s Procuracy of Ho Chi Minh City, asserted that advocacy and education regarding the laws should be jointly conducted by a range of different social organizations throughout the city.

“Of course punishing violators by law is necessary, but it should only be viewed as the final step in the process. The most important point is to prevent these heartbreaking crimes from happening in the first place,” said Long.