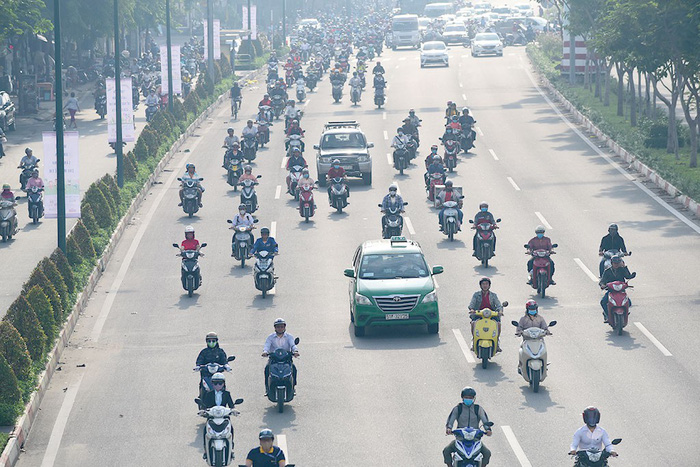 The proposal asks for exceptions to a 2015 circular by Vietnam’s Ministry of Transport which raised speed limits on all roads in the country by 10 kilometers per hour, to up to 90 km/h in non-residential areas and up to 60 km/h in residential areas, starting March 2016.

In a letter sent to the Ho Chi Minh City transport department, traffic police officers said the speed limit raise had been partly to blame for recent growth in the number of traffic accidents citywide.

Therefore, lowering speed limits on ten roads with high traffic volume in Ho Chi Minh City could be a feasible measure to ensure traffic safety and reduce accidents, they said.

Speed caps on these roads will be lowered by 10-20 km/h, according to the proposal.

For instance, on Truong Chinh and Nguyen Van Linh Streets, the max speed for passenger buses and cars with nine seats or less has been suggested to be lowered from 80 km/h to 60 km/h.

Nguyen Ngoc Tuong, deputy head of the city’s traffic safety committee, said the streets up for reduced speed limits have been identified as accident-prone areas where the flow of vehicles is complicated.

Over 300 people were killed and more than 1,000 others injured in 1,474 traffic accidents in Ho Chi Minh City in the first five months of 2018, according to the municipal transport department.

Compared to the same period of 2017, the number of deaths went up by 37 people this year.