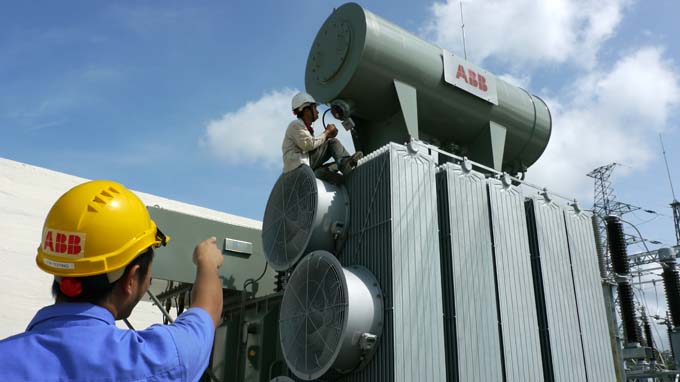 Local residents on Phu Quoc Island are eager to celebrate the very first Tet, or Lunar New Year, when the island will be connected to the national electricity grid for the first time.

The Southern Power Corp (EVN SPC) and Italy-based Prysmian Powerlink are busy completing the last installation stages of the 110kV submarine power cable system that will transfer electricity from the mainland to the island where most of the power now comes from fuel.

The Ha Tien – Phu Quoc cable system is scheduled to become operational and light up the island before the country’s traditional holiday officially starts on January 31.

Local residents, who have to either suffer costly power prices from the Phu Quoc thermal power plant or rely on diesel generators to light up their homes and power their TV sets, are happily purchasing new electrical appliances to embrace the wind of change.

In some communes like Ganh Dau, power price is VND25,000 per kWh, 16 times higher than what people on the mainland pay.

But such an exorbitant power price will soon become something of the past as power from the national grid will be distributed to islanders at prices equal to those paid by consumers on land.

Chin Quang, from Cua Duong Commune, said he will be able to save VND600,000 (US$29) per month with the new power price of VND1,500 a kWh. The saved amount is enough for him to cover school expenses for his two children, he said.

For the hotel owners on the island, the lower power price is much more meaningful.

Mai said his resort is allocated power from the Phu Quoc Power Plant at VND9,300 a kWh for ten hours a day, and has to use power from the diesel generator for the remaining 14 hours at a cost of VND12,500 a kWh. Power expense thus amounts to VND1.5 billion a month, accounting for 10 percent of the resort’s revenues, he said.

Ha Thuy Nga, manager of the Hiep Thanh hotel, also said her facility will offer a promotion campaign with room rates reduced up to 50 percent immediately after the island has been connected to the national grid.