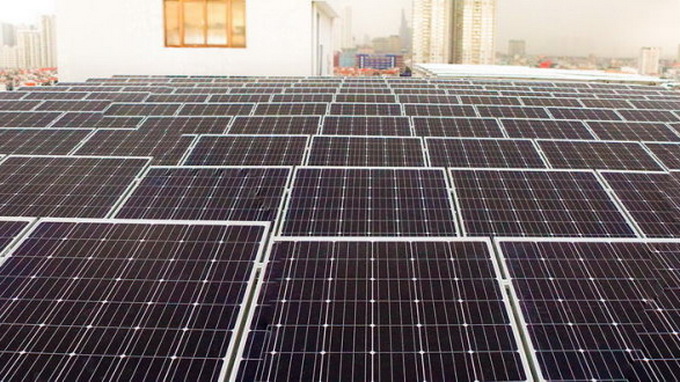 A company has been licensed to conduct a field survey for the possible construction of a solar power plant in central Vietnam.

Nguyen Duc Chinh, chairman of the People’s Committee in Quang Tri Province, has confirmed that the provincial administration had given the go-ahead for AirCraft Company Vietnam-Germany GBR to carry out a field survey for a solar power plant in the province.

Chinh noted, however, that the province had not yet given the project the green light, and that the survey conducted by the company was merely to map out an overall plan, which was to be submitted for further consideration.

The proposed plant has an expected capacity of 100 megawatts and will cover an area of 130 hectares in Trieu Son and Trieu Thach Communes, Trieu Phong District.

Weather conditions in the areas are considered immensely favorable for the production of solar energy, due to ideal temperatures, year-round abundance of sunshine and high levels of thermal radiation.

These locations are also scarcely populated, making it convenient to develop infrastructure for the plant and expand the scale of the project without disturbing locals.

The project is estimated to cost US$200 million, which will be funded by German’s government-owned development bank KfW as well as a number of other Europe-based financial institutions.