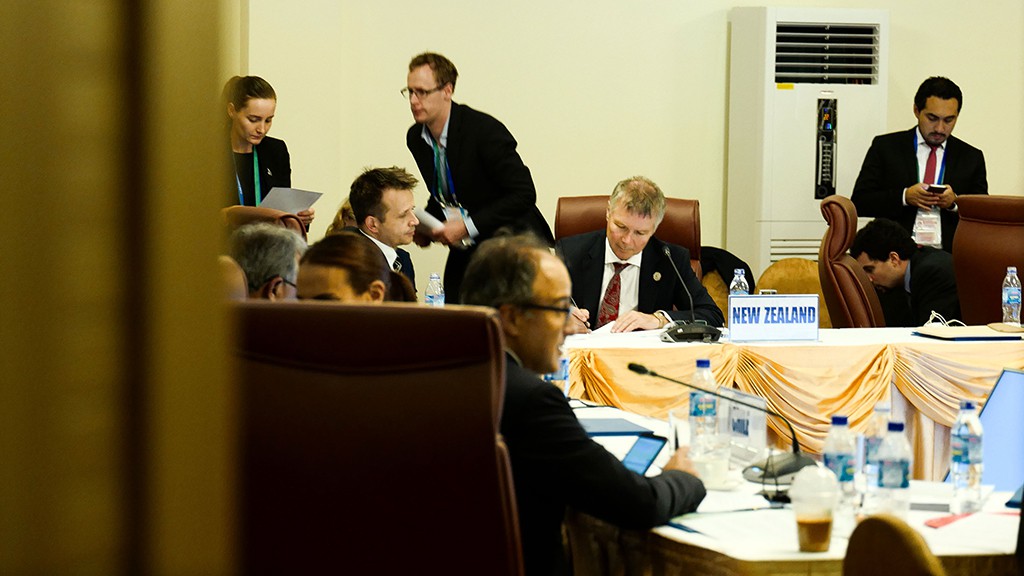 ​Vietnam has less to gain from CPTPP: expert

Vietnam will not benefit as much from the newly created Comprehensive and Progressive Agreement for Trans-Pacific Partnership (CPTPP) in comparison to the original TPP.

The country’s gross domestic product (GDP) is estimated to increase by a mere 1.32 percent under the CPTPP, compared to 6.7 percent had the U.S. still been part of the deal, experts say.

The original TPP agreement was signed in February 2016 and included the U.S. alongside Australia, Brunei, Canada, Chile, Japan, Malaysia, Mexico, New Zealand, Peru, Singapore, and Vietnam, with the intention of expediting the flow of goods and commerce throughout the region.

In January 2017, the U.S. pulled out of the trade pact, forcing the remaining 11 members to renegotiate parts of the deal under a new name, TPP-11.

On Saturday, the TPP-11 ministers, who met in Vietnam’s central city of Da Nang, reached a consensus tomove forward with the deal under the new name of CPTPP, and leaving room for the possible return of the U.S. in the future.

Twenty provisions of the new accord are pending further negotiations before any final approval.

Though relieved by the positive outcome of the renegotiation of the TPP, Vietnamese experts do not jump for joy just yet.

“The results of our analyses reveal that Vietnam will not benefit as much from the new trade deal, at least in quantitative terms, while there are only 11 members,” said economic expert Tran Toan Thang, from the National Center for Socio-Economic Information and Forecasting.

According to Thang, the United States’ withdrawal from the trade agreement has shattered Vietnam’s prospects of increasing its GDP by 6.7 percent. Without the U.S., the country’s GDP rise will be a mere 1.32 percent under the CPTPP.

Vietnam’s exports are forecast to grow by four percent following the expected ratification of the CPTPP, compared to 15 percent while the U.S. was party to the original trade agreement, Thang said.

The respective figures for imports are 3.8 percent and 10.5 percent, he added.

“This means that, compared to TPP-12, Vietnam’s benefits from joining TPP-11 have decreased significantly in the absence of the United States.”

Nevertheless, even with 11 members, the CPTPP is still a welcome boost to Vietnam’s growth, commerce, investment, and domestic policy reform, he said.

Nguyen Dinh Luong, Vietnam’s former chief negotiator in the U.S.-Vietnam Bilateral Trade Agreement, said it would be unlikely for the U.S. to return to the negotiating table in the immediate future, though the possibility has not been ruled out by the participating CPTPP economies.

The desire of U.S. President Donald Trump to enter bilateral trade deals with former TPP members also might be difficult to realize, Luong said, as the countries’ economic interests were mostly tied to multilateral economic deals.

“It’s therefore necessary for Vietnam to implement domestic reform, especially to curb corruption, if it wants to meet the high standards set out by the U.S. should it decide to return to the trade pact,” Luong said.