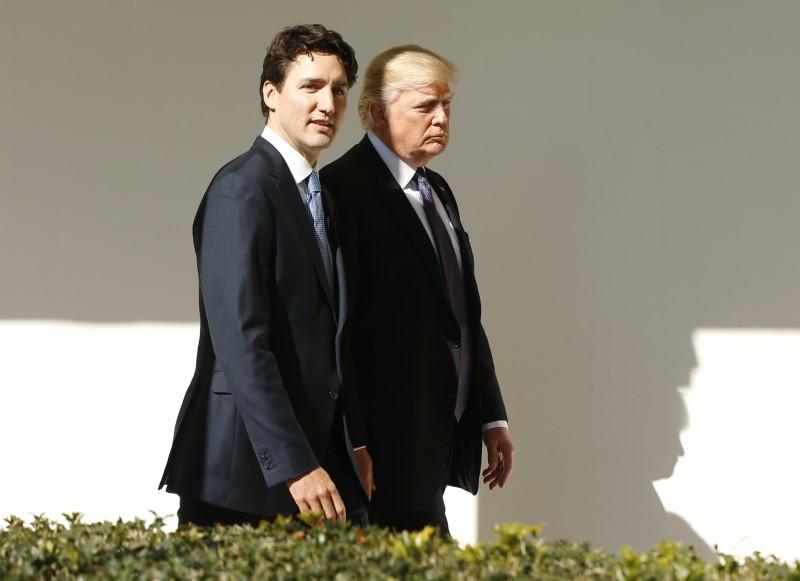 Even without the U.S., the Trans-Pacific Partnership (TPP) accord represented US$356.3 billion in global trade in 2016. Tuoi Tre News looks into the reasons for Canada’s reluctance to enter an agreement that would open the doors to such a lucrative market.

Japan and Australia are the two most vocal supporters of a TPP deal without the U.S., despite a 60 percent loss of the bloc’s total GDP after the White House announced its withdrawal in January.

It was expected to serve as a counterbalance to China’s growing regional dominance.

More than any other country, Japan wants the TPP to take effect in order to constrain China’s yawning shadow over the Asia-Pacific, especially as Sino-U.S. relations have become warmer under recent administrations.

The TPP has been renamed the Comprehensive and Progressive Agreement for Trans-Pacific Partnership (CPTPP), after the TPP-11 name was ditched, following negotiations during the APEC summit in Da Nang from November 6 to 11.

That said, the pact remains pending further negotiations before any final approval can be given by each country’s lawmakers.

Despite other members’ high hopes of reaching a consensus on the trade deal while its leaders met in Da Nang, Canada – the second largest TPP-11 economy after Japan – delivered persistent messages that stifled overall optimism.

Canadian Prime Minister Justin Trudeau, on a week-long Asian trip this month, hinted that Canada was not ready to sign the free trade pact based on multiple concerns, and that it would not yield to pressure from other countries.

"Let me remind everyone that Canada will not be rushed into a deal that is not in the best interest of Canada and Canadians,” he told reporters at a joint news conference with Vietnamese PM Nguyen Xuan Phuc on November 8 after a state visit.

There are a number of modifications to the original TPP deal that Canada wants to be made if it is to commit itself to the trade pact, including terms on the auto industry, intellectual property rights, and cultural exemptions.

Trudeau, during a town hall meeting with Vietnamese students in Ho Chi Minh City on November 9, did not hide his intention of pushing for Canada to be left in charge of the management and financial support to the cultural part of the agreement.

Canada has always made their intentions clear, especially when it comes to the preservation of minority communities in the face of globalization and cultural assimilation.

The Canadian leader refrained from going into detail on his policies during the meeting on November 9, saying he was not part of the TPP-11 negotiation table.

The first bilateral meeting that Trudeau had on the sidelines of the APEC leaders’ summit in Da Nang was with Mexican President Enrique Peña Nieto on November 10.

It was not by chance that President Nieto was the first APEC leader Trudeau wanted to meet in Vietnam: Canada wants Mexico to share the growing TPP-11 pressure it was facing from Japan and Australia.

Canada arrived at the APEC summit prepared to be pushed by Japan and Australia, however, Ottawa did not want to accept a deal on the first day without some modifications, so it set out in search of an ally.

Trudeau’s concerns were shared by President Nieto, who assured his counterpart that Mexico would follow suit if Canada chose not to agree to the TPP, according to a Canadian government official, who spoke anonymously.

Mexico had previously sent mixed messages about its stance on the TPP-11. Just one day before Nieto’s meeting with Trudeau, Mexican Secretary of Economy Ildefonso Guajardo said TPP-11 talks had been “effective” but that more discussions were needed.

According to the anonymous Canadian official, the Canada-Mexico ‘alliance’ formed for two reasons: Mexico’s dissatisfaction with the TPP-11 in its current form and Canada’s support of Mexico during strenuous negotiations on the North American Free Trade Agreement (NAFTA) with U.S. President Donald Trump.

Right after meeting with Nieto, Trudeau had another meeting with Japanese PM Shinzo Abe in the same room in Da Nang. This meeting lasted for 50 minutes, twice as long as his meeting with the Mexican president, a sign that there were last-minute tensions between Ottawa and Tokyo over the TPP-11.

Australian media did not hold back in their criticism of Canada. “Canada screwed us all,” read one headline run by Australian news network 9News, reporting on the surprising disappearance of Trudeau from a meeting with other APEC leaders in Da Nang, where they were expected to reach a consensus.

Responding to the criticism, Canadian Minister of Foreign Affairs Chrystia Freeland told the press on November 10 that disagreements were normal and to be expected during tense negotiations. The fact that there were 11 countries with different interests made it obvious that there would be conflicting messages, she explained.

It is not the first time Canada has gotten tough while negotiating free trade agreements. In 2016, Minister Freeland, then Canada's Minister of International Trade, walked out of talks on the Canada-European Union Comprehensive Economic and Trade Agreement (CETA) until Canada’s demands were met.

This time, in spite of pressure, Canada has been persistent in demanding crucial concessions on intellectual property rights, cultural exemptions and the auto industry.

Canada joined TPP talks after the core framework had been established and several chapters of the agreement had already been concluded.

The TPP only became a priority once the administration of Trudeau’s predecessor, Stephen Harper, decided that too much was at stake if Canada stayed out of any trade agreement including the U.S.

According to some studies, the TPP-11 would bring about little economic benefit to the North American country.

With the United States’ withdrawal from the TPP, Canada’s strategic benefit from the trade pact also vanished, especially given that it had already entered free trade agreements with several TPP countries including Mexico, Chile and Peru.

Trudeau has become a media sweetheart ever since taking office in Canada, swiftly becoming a beacon of inclusive leadership in an era plagued by overt nationalism.

The PM himself does a good job at creating a positive public image. The albeit staged sight of an approachable leader sipping street-side coffee or enjoying a sleeveless jog along a canal in Ho Chi Minh City won the hearts of the local people.

It is noteworthy that Trudeau has taken a much more global approach in international affairs compared to the somewhat isolationist policies of his conservative predecessor.

It was for this reason that the Canadian leader’s abandonment of the TPP-11 meeting in Da Nang came as a shock to international leaders.

Growing criticism of Trudeau at home in recent weeks had dampened his enthusiasm toward the TPP-11, while tense talks on NAFTA with the Trump administration – which is pressuring for increased ‘made in North America’ content – only made matters worse.

Trudeau has a number of other political reasons to be in no rush for a new TPP, now called the CPTPP. Supporting free trade agreements would anger the auto industry, dairy farmers and possibly the predominantly French-speaking Québec province.

Such problems do not exist in New Zealand, Japan or Australia – countries that are pushing the hardest for the CPTPP to come into effect.

For other countries, the successful signing of the free trade pact is more of a message to the U.S. that no one man is indispensible, and that the progress of trade liberalization continues to move forward without them.

However, the withdrawal of the U.S. is not a purely mathematical subtraction, especially in the case of Canada.

A common challenge faced by Canada and Mexico in TPP-11 talks is that they are simultaneously joining negotiations with the U.S. for NAFTA.

There are a number of similar issues springing up during both talks, and it is not rocket science to realize where Canada and Mexico will place their priority.

If Ottawa hastily accepts the CPTPP, it will seriously weaken its hand in negotiations with the Trump administration.

Canada risks the U.S. asking why it would accept more lax conditions from an Asia-Pacific accord, and the U.S. remains its biggest trade partner.

Another technical aspect is that after the U.S. withdrawal from the pact, a number of chapters in the trade agreement have been used as the model for a new NAFTA.

For Canada, the similarity between the two deals is a thorny issue. If, for example, Canada decides to forego its status on the NAFTA negotiation table by agreeing to the CPTPP, it may be foregoing long-term benefits in favor of short-term ones.