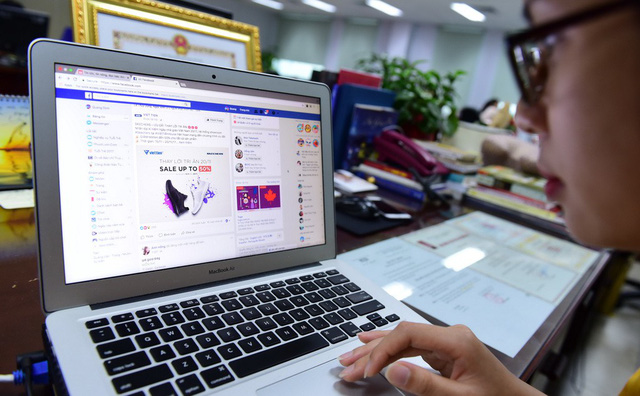 ​Vietnam taxman has self to blame for failure to have Facebook, Google pay taxes

Vietnam’s tax authorities have chosen what they believe is the most convenient method for them to collect taxes on multimillion-dollar revenues from global Internet giants, but, it turns out, they have not done much besides digging themselves into a hole.

Tech behemoths such as Google, Facebook, and Booking.com are raking in whopping revenues from their Vietnam operations and are able to freely channel their earnings out of the country without paying taxes.

There is a Vietnamese saying that describes a situation whereby a man releases a hen into his garden, hoping she attracts other roosters so he can catch all at once.

However, the hen eventually runs away and the man has to work even harder just to find her.

In the end, the man’s idea to release the hen as a means of making life easier only caused him to struggle – quite similar to what the Vietnamese taxman has done with Internet giants.

No official statistics are available as to how much Facebook and Google have made from their operations in Vietnam. Neither company has an official representative office or licensed entity in the Southeast Asian country.

The Ho Chi Minh City tax department recently examined revenue data related to the companies stored at a bank headquartered in District 3 showing that 423,000 transactions worth a combined VND672.8 billion (US$29.64 million) were made in 2016.

A total of VND1,052 billion ($46.34 million) were sent to Facebook and Google headquarters as earnings in Vietnam last year, according to data from the District 3 bank and three other credit institutions.

Local tax authorities, however, were unable to collect a single penny due to current tax regulations.

How they evade taxes

The root of the problem lies in the country’s ‘foreign contractor tax,’ which consists of value-added and corporate income taxes, currently applied on payments a Vietnamese entity makes toward a foreign contractor without a licensed presence in Vietnam.

Facebook and Google currently pay a five percent value-added tax and a five percent corporate income tax on any revenue generated from their operations in Vietnam.

These earnings normally come from payments Vietnamese companies make for ads on Google and Facebook. The two tech titans refuse to pay these taxes and force their Vietnamese partners to cover them.

The Vietnamese Ministry of Finance currently stipulates that individuals and organizations in Vietnam deduct the ‘foreign contractor tax’ before making payments to Facebook or Google.

The contracting parties are also responsible for paying the tax on behalf of their foreign contractors; otherwise, the finance ministry will hold them accountable for any back taxes.

The regulation shows that the finance ministry has put the focus on individuals and businesses in Vietnam, rather than the entities that truly enjoy the revenue.

The idea behind the method is that it spares the taxman any challenges that may arise when working with foreign companies that do not have a licensed presence in Vietnam.

However, the rule has proven to be ineffective against giant Internet companies who openly refuse to pay the taxes and instead kick the obligations to the shoulders of their partners in Vietnam.

The contracting entities in Vietnam, in turn, also take a shot at evading the taxes by paying Google and Facebook via international credit institutions, such as Visa, MasterCard, and JCB, without deducting the foreign contractor tax.

Those in Vietnam even choose not to declare these payments as operational costs in their tax returns.

It is almost impossible for tax authorities to inspect and request payment for back taxes, given the massive number of Facebook and Google customers in Vietnam.

At the District 3 bank mentioned above, some 30,000 people made payments to the two tech giants last year. On a countrywide scale, the number could be in the hundreds of thousands.

What started as a convenient way to request tax payment has become quite the challenge for Vietnam’s tax authorities.

Google, Facebook and other Internet-based companies freely evade taxes and the taxman is left ‘empty-handed.’

Not impossible to solve

The question is why tax authorities do not ask Google, Facebook, Booking.com and other companies that enjoy profits from cross-border payments to register, declare, and pay foreign contractor tax in the first place?

The Ministry of Finance should consider rewriting its policy on foreign contractor tax in a way that holds the foreign companies responsible for certain tax obligations, instead of simply charging the Vietnamese entities that use their services.

The new policy should also come with strict penalties for any foreign contractors that fail to comply with the law.

One possible solution is to freeze payments to Facebook or Google coming from individuals and organizations unless the former clear their foreign contractor tax payments.

The tax rules should also be revised in a way that prevents tax losses from such new forms of business in the Internet era as selling goods via Facebook or running ads via Facebook Live videos.

Vietnam’s tax authorities have repeatedly lamented over their failure to make Internet giants pay taxes, saying it is impossible to solve the problem.

The truth is, however, that rewriting the tax rules is not something beyond their abilities.