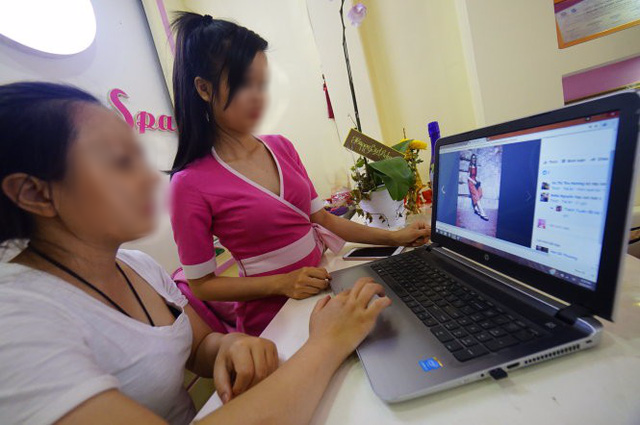 While brands and celebrities in Vietnam are embracing Facebook Live, a live-streaming video service, as a new medium for advertisements, local tax authorities are scratching their heads on how to collect taxes on income generated by such activities.

Vietnamese celebs and tastemakers with massive social media followings, often in the tens of thousands, are being paid by companies to promote products and brands through well-worded Facebook posts and carefully-scripted Facebook Live broadcasts.

Brands looking to extend their advertising reach do their best to leverage the social media accounts of celebrity endorsers by engaging with potential customers through a medium that many feel is more relatable than conventional advertising.

“These individuals make whopping incomes from social media.  Promoting products on Facebook should be considered a kind of job for them and this ‘work’ should be treated the same way as any other professions, such as a teacher or doctor,” Lan said.

“This means the individuals involved must pay personal income tax just like the rest of us and there is no problem with reminding them of that obligation.”

However, Lan admitted that it is no easy task to force endorsers to pay taxes for income generated through Facebook and there is typically no paper trail available with which to hold them accountable.

“Businesses usually only make verbal contracts with celebs and pay them in cash, even with payments as high as VND60 million [$2,643],” she elaborated.

“There’s just no way to tell if a Facebook post or live video is being paid for or not.”

Bui Viet Hien Nhi, a marketing expert, confirmed that identifying whether or not a celebrity is paid for promoting products, such as a video sharing skincare tips by using a certain beauty care product, is a real challenge.

“It’s something that is unknown to anyone besides the celebrity and the brand owner,” he said.

“Sometimes though, there are a few signs that giveaway whether or not a Facebook post or live video is an implicit advert.”

Celebs can choose to either publicly talk about the product they are paid to promote, or ‘act’ more professionally during their live broadcasts, leaving vague evidence authorities can use to verify if a post is paid-for content.

However, some social media and tax law experts assert that not all celebs and social media influencers dodge taxes for income earned through Facebook livestreaming.

Le Bao Long, the manager of a local tech forum, said a brand can contract a local model to promote products through many channels, including a Facebook Live broadcast.

“The personal income tax for the person involved is calculated based on the total wage he or she receives from the brand, so asking them to pay taxes for Facebook Live videos, which are part of a larger advertising contract involving multiple media outlets, would actually double their taxes,” Long explained.

However, Nguyen Van Doanh, co-founder of startuplaw.vn, a legal advisement provider for startups, is confident that tax authorities can ‘identify’ paid-for content and calculate taxes owed from social media activities.

“It was once a tough problem to ask singers and artists to declare and pay taxes, but tax authorities still managed to solve it, though not really sufficiently,” he said.

Doanh believes that celebs paid to promote products via Facebook Live can be obligated to pay taxes, as “there are not so many of them,” and that authorities can track bank transactions to identify whether payments are received from brands.

“It is not difficult to tell if a live broadcast if it is an advert or not,” he added.