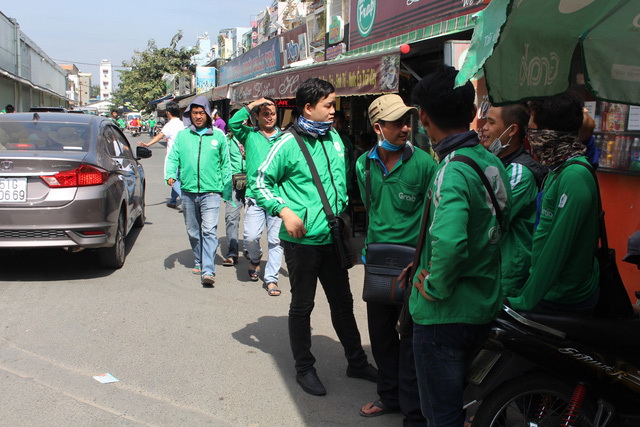 Grab Vietnam has back-pedaled on a plan to claim nearly a quarter of GrabBike driver revenue after angered drivers went on strike in Ho Chi Minh City.

One GrabBike driver said the app operator had ‘silently’ re-applied the 20 percent commission by early Saturday, having previously increased it to 23.6 percent, before issuing a press release later the same day.

The move was made after hundreds of GrabBike drivers flocked to Grab Vietnam’s Ho Chi Minh City head office in District 10 to stage a protest at the “unreasonably high commission” on Wednesday of last week.

GrabBike is the motorbike taxi service, locally known ‘xe om,’ which is owned and operated by Grab, which also offers GrabCar and a shipping service called GrabExpress.

Much like other ride-hailing apps, Grab splits the revenue earned from each ride with its drivers, who it refers to as ‘partners.’ The commission is charged based on the online wallet the app gives each driver.

The split was suddenly hiked from 20 percent to 23.6 percent on January 1, with Grab Vietnam explaining that the additional 3.6 percent was a personal income tax deduction made on drivers’ behalf.

Drivers are expected to pay taxes on 80 percent of the revenue they receive from each ride, with a tax rate of 4.5 percent applied, which translates to 3.6 percent of each total fare.

Grab Vietnam backflipped in its Saturday announcement, saying it would temporarily stop the tax deduction until the end of March, pending a suitable solution from tax authorities.

The ride-hailing service added that it would start refunding drivers the tax deduction made between January 1 and January 13 from January 17.

Since then the Malaysian company has adjusted its registered capital five times, totaling VND20 billion (US$888,000) as of March 2017, according to Vietnam’s finance ministry.