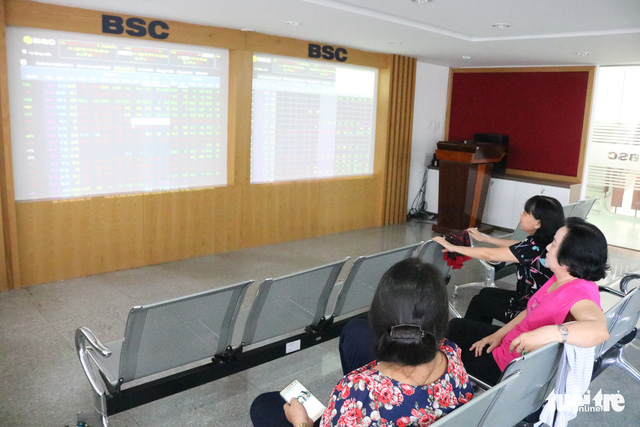 The Ho Chi Minh City Stock Exchange (HOSE) closed Friday with a record total transaction value of more than US$1.5 billion, with a newly-listed housing developer enjoying a historic trading session, only in its second day being traded on the southern Vietnamese bourse.

Among the large-cap stocks, GAS and VCB lost VND1,000 and VND300 per share, respectively, whereas SAB and VNM witnessed respective increases of VND10,000 and VND6,100, according to the Vietnam News Agency.

In the VN30 basket, measuring the 30 largest stocks by market capitalization on the HOSE, ten stocks saw price declines while six others stayed unchanged and 14 enjoyed price hikes.

Vinhomes (HOSE: VHM), which was only officially listed on the Ho Chi Minh City bourse on Thursday, had nearly 268 million shares worth more than VND30.7 trillion (roughly $1.35 billion) traded, a new record in the Vietnamese stock market.

Vinhomes, a luxury villas and serviced apartments developer with a charter capital of VND26 trillion ($1.15 billion), made its debut on the HOSE with a massive issuance of nearly 2.68 billion shares, eclipsing its parent Vingroup (HOSE: VIC) by almost 42 million units.

A Vinhomes representative confirmed to Tuoi Tre (Youth) newspaper on Friday that all of the buyers of its shares are major investors, financial organizations and venture funds in and outside Vietnam, including Capital Group, Avanda Investment Management PTe, Wadded & Reed, JPMorgan Asset Management, and Dragon Capital.

In the meantime, the HNX-Index on the Hanoi Stock Exchange (HXN) closed Friday at 123.65 points, down 0.23 point from the previous trading day, with more than 38 million units worth VND633 billion ($27.79 million) traded.

The HNX30-Index, tracking the HNX’s 30 leading shares in terms of market capitalization and liquidity, edged up 0.92 point to 226.28 points, with 23 million shares worth over VND492 billion ($21.6 million USD) traded.

The UpCoM-Index on the Unlisted Public Company Market (UpCoM) gained 0.21 point to close at 55.99 points, with more than 17 million shares traded at nearly VND374 billion ($16.42 million).