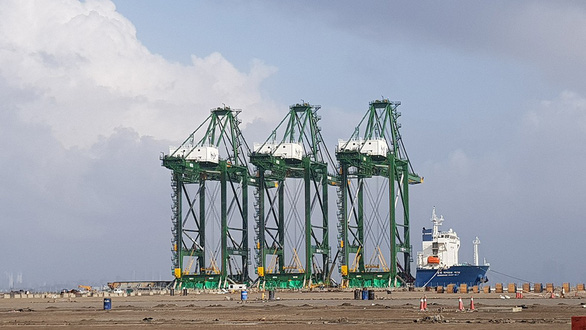 Vietnamese experts and officials are calling on policymakers to limit government incentives for foreign direct investment (FDI) to certain products, sectors and localities instead of a blanket tax reduction that has proved to be both costly and ineffective.

These opinions are raised against the backdrop of a plan formulated by the Vietnamese government to review its policies on attracting FDI until 2030.

Vietnam’s over 21,400 FDI businesses reported pre-tax profits of over VND344.6 trillion (US$14.85 billion) in total in 2017, according to Deputy Finance Minister Huynh Quang Hai.

That was a year-on-year growth rate of 19.2 percent, Hai said.

Revenues and asset growth rates of these businesses also saw significant improvements of 28 percent and 22 percent, respectively, from 2016, he added.

However, more than half of FDI enterprises in Vietnam reported losses totaling VND86.18 trillion ($3.71 billion) that same year.

Notably, 1,590 of these loss-making enterprises have continued to expand their Vietnam business, Hung said.

This indicates a rise in transfer pricing activities, which are pricing transactions within and between enterprises under common ownership for the purpose of lowering their taxable profits, he added.

Between 2012 and 2017, the percentage of FDI enterprises in Vietnam reporting losses rose from 48 percent to 52 percent, the deputy minister pointed out.

In addition, foreign investment into Vietnam has been focused on sectors with a low localization rate that are labor-intensive and generate little added value.

These enterprises have been investing heavily in real estate while sectors such as agriculture, forestry and fisheries have not received adequate foreign investment.

Areas in southeastern Vietnam and the Red River Delta region are also attracting the majority of FDI into Vietnam while less developed areas struggle to keep up.

FDI enterprises enjoy a wide range of incentives when operating in Vietnam, including tax incentives that allow them to pay only 10.7 percent in corporate tax on average, compared to 20 percent for regular businesses, Hung said.

“There are too many shortcomings in our policies that need serious revision,” Hung said.

In the upcoming revision of its incentive policies for FDI enterprises, Vietnam will focus on attracting foreign investment into areas of manufacturing with high added value and technological content.

Do Nhat Hoang, director of the Foreign Investment Department under the Ministry of Planning and Investment, proposes following in Thailand’s footsteps in limiting incentives to seven areas including industry, agriculture, and fisheries.

Instead of offering blanket incentives to all FDI enterprises, the government should be more proactive in controlling the flow of foreign investment by directing such incentives into high-priority areas through its policies, said Dr. Le Xuan Truong, a tax and customs professor from the Academy of Finance in Hanoi.