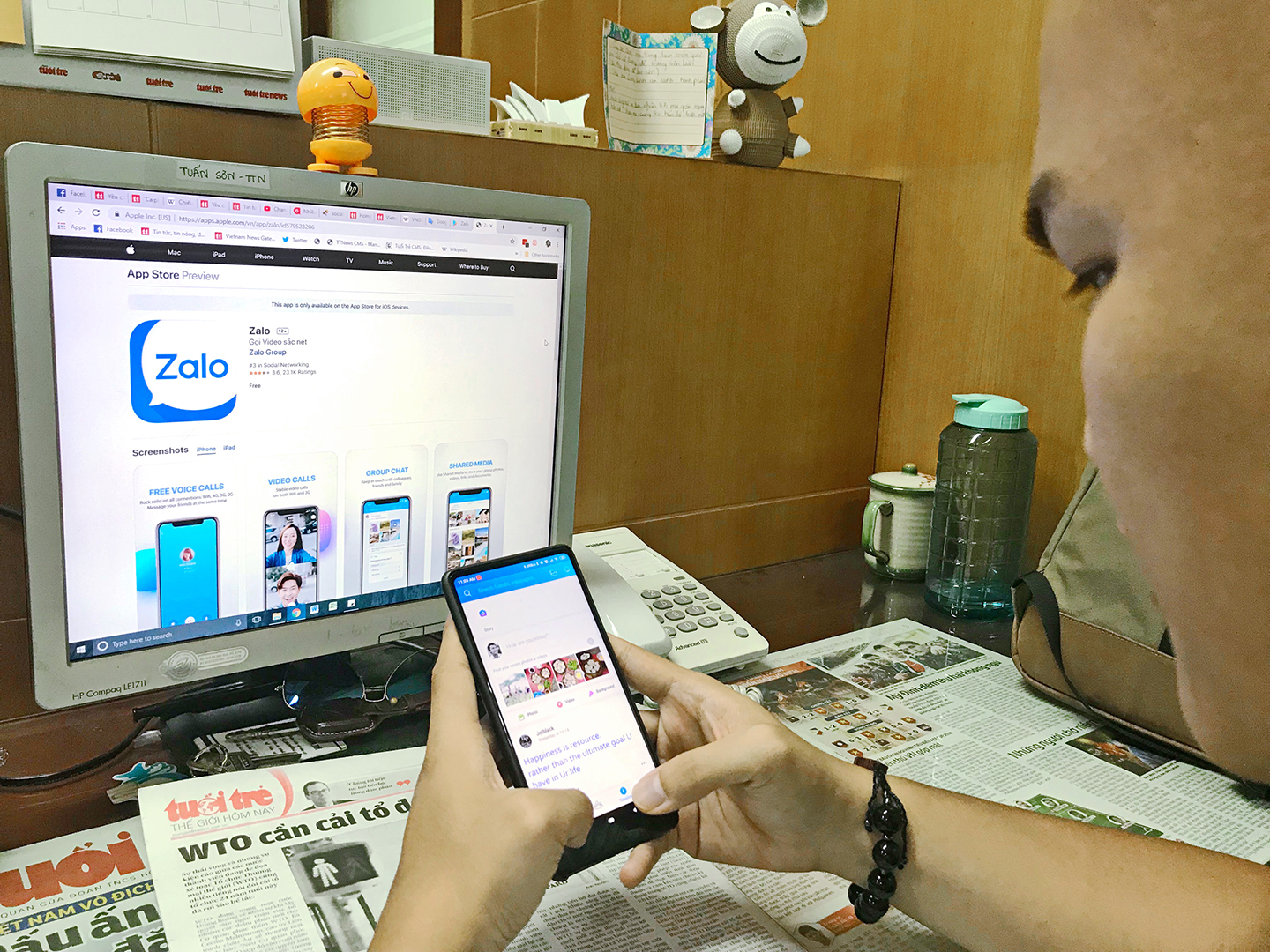 Communications inspectors in Ho Chi Minh City are demanding that two web domains of Zalo, a Vietnamese mobile-based free phone and messaging app, be revoked by Friday after declaring that the platform has been operating as a social media platform without a proper license.

Zalo, developed by Vietnam’s tech giant VNG Corporation, is the largest homemade chat app in Vietnam, boasting over 100 million users as of May 2018.

Vietnam has a population of over 96 million, according to the preliminary results of the 2019 census released last week.

Launched in 2012 as a messaging and phone app, Zalo was fined by inspectors from the Ho Chi Minh City Department of Information and Communications in 2018 for operating as a social media platform without a proper license.

However, as of July 2019, VNG Corporation has still not applied for a license to run a social media platform in accordance with Vietnamese law.

As a result, municipal communications inspectors have pointed out another administrative violation for Zalo and asked that agencies responsible for domain name registration and management in Vietnam revoke its web domains at Zalo.vn and Zalo.me, both of which are used to access the app’s web version.

The revocation must be done by Friday, according to the inspectors’ request.

Tuoi Tre News was able to access the two domains, as well as its mobile app, on Friday morning.

Zalo is considered Vietnam’s leading over-the-top (OTT) app, beating out strong foreign competitors such as Viber, Line, and the Facebook-owned WhatsApp in the local market.

OTT refers to delivery of media over the Internet without charges as with traditional mobile communications.

Zalo reached 30 million users in May 2015, three years after its launch, a major factor in Viber’s decision to close its Vietnam office in July the same year.