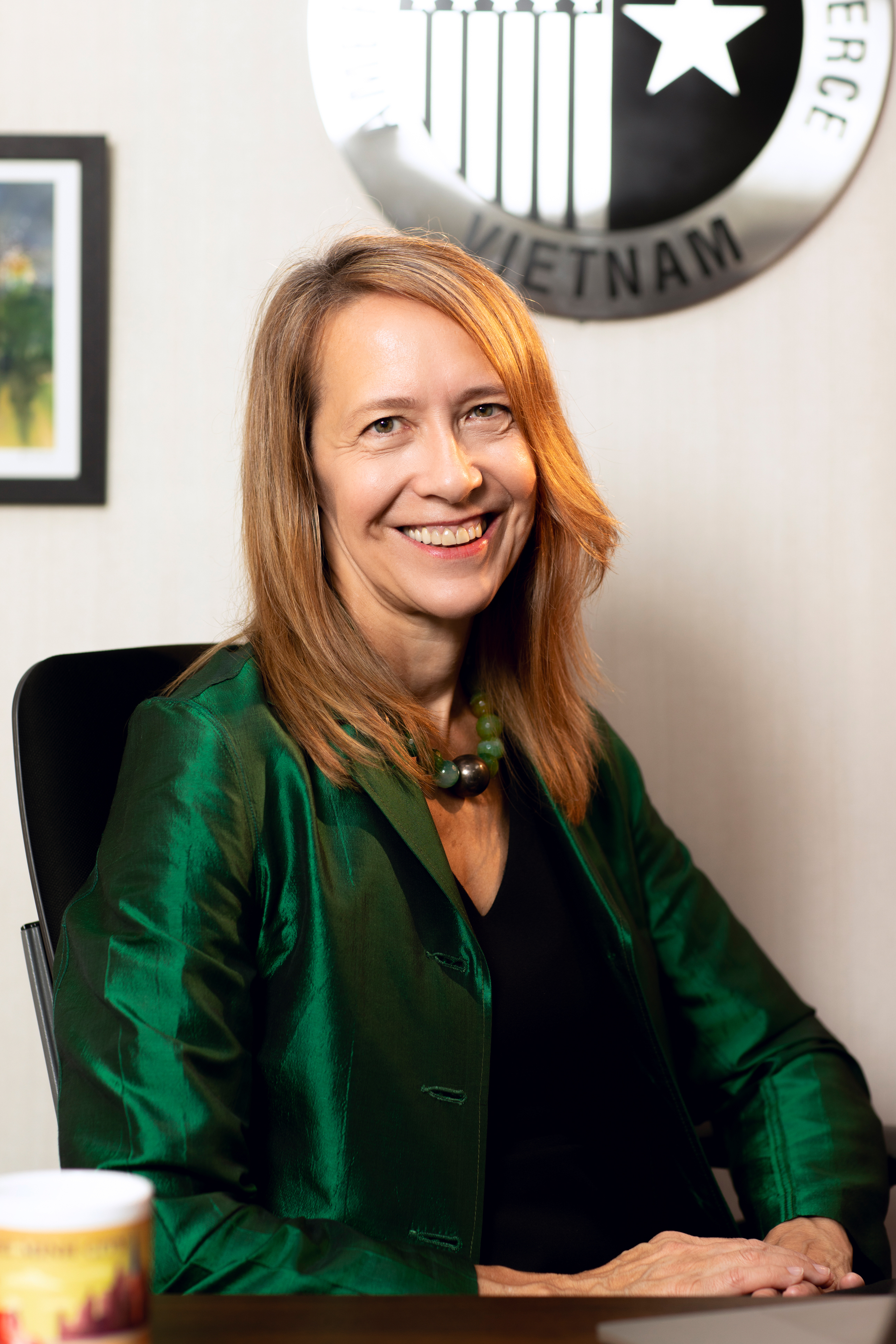 As Vietnam is pressing for its COVID-19 vaccination program as the next crucial step to spur the national economy, business groups, including the American Chamber of Commerce in Vietnam (AmCham Vietnam), have voiced their support for the government’s plan.

In an exclusive interview with Tuoi Tre (Youth) newspaper on Wednesday, Mary Tarnowka, executive director of AmCham Vietnam, affirmed the chamber’s willingness to cooperate with the government in supporting its efforts to secure an adequate supply of proven vaccines, as well as distributing them transparently with equitable access according to priority groups.

The latest survey from AmCham Hanoi has greatly attracted attention to what foreign businesses think of Vietnam’s vaccination program. Does AmCham Vietnam receive the same reaction from its members in general?

So, I will note, the survey that was conducted by AmCham Vietnam’s Hanoi branch (AmCham Hanoi), indeed, attracted significant press attention. It also attracted a lot of attention from our members here in AmCham Vietnam [in Ho Chi Minh City]. Our Hanoi branch represents about a quarter of AmCham Vietnam's total members, and a number of our important business leaders. So, I think the results are significant.

We shared our views on many of these issues in a letter that we sent to the prime minister together with other leading foreign business chambers late last month.

We said we always support the government's efforts to secure proven vaccine supply in line with the current target of 150 million doses. We said speed and scale are critical to ensure that Vietnam reaches meaningful levels of community immunogenicity, to protect its population and allow for a safe recovery and reopening of its borders.

We also gave some comments on vaccine access, and we appreciate the guidance which identified a priority list to whom the vaccine should be administered. We did request some clarification regarding which people fit in the different categories.

We also pressed for equitable access. We requested that foreign nationals living in Vietnam be granted equitable access to vaccines, according to the priority order set by the Vietnamese government.

The Vietnamese government has a policy of encouraging crowdfunding to expand the population benefiting from the vaccination scheme, calling on both businesses and other organizations to participate in this effort. What is AmCham Vietnam's view on this policy?

AmCham Vietnam looks forward to participating in Vietnam's vaccine stockpiling effort through a variety of channels. Many AmCham Vietnam companies are willing to contribute toward the costs of vaccines for their employees. Many also have made it clear that they want to ensure they would not be jumping the queue ahead of other higher priority groups like frontline workers.

AmCham also supports the consideration of policies that would allow organizations such as hospitals, clinics, and possibly pharmacies to purchase vaccines commercially for distribution in line with the stated priority order.

Discussions on this issue are still in the early stages.

How do you evaluate the implementation of the vaccination program in Vietnam?

I think the first step is to secure a supply of proven vaccines and that's a priority. Just a few weeks ago, many people still did not feel the urgency of vaccines. However, with the many dangerous virus strains that have appeared in Vietnam, I think that no country can fight the epidemic alone. Vietnam also needs to maintain continuity of vital supply chains and open up its economy, so boosting the vaccination program is a necessary step.

I think one of the strengths of Vietnam during the COVID-19 pandemic is the transparency of information about the government's response, ensuring it is updated regularly and clearly. It is essential to build trust among the population, as well as to ensure that people follow general guidelines set forth by the government.

AmCham Hanoi, in a survey, recently called on the Vietnamese government to relax restrictions on entry, especially shortening the quarantine period, for business people and investors who have been vaccinated. How about your expectations?

The Vietnamese government really needs to make a balanced decision between health and safety and economic interests. Vietnam is considered one of the world's leading countries in disease tracing, testing and control. However, the population is largely unvaccinated, so it is still vulnerable to outbreaks.

I think everything still needs balance. You know, if a potential investor comes to Vietnam and has to quarantine for more than 20 days, that will be a big barrier.

However, I am not a scientist and not a medical professional. So, I understand that Vietnam needs to balance all those factors as it determines the right quarantine policies.