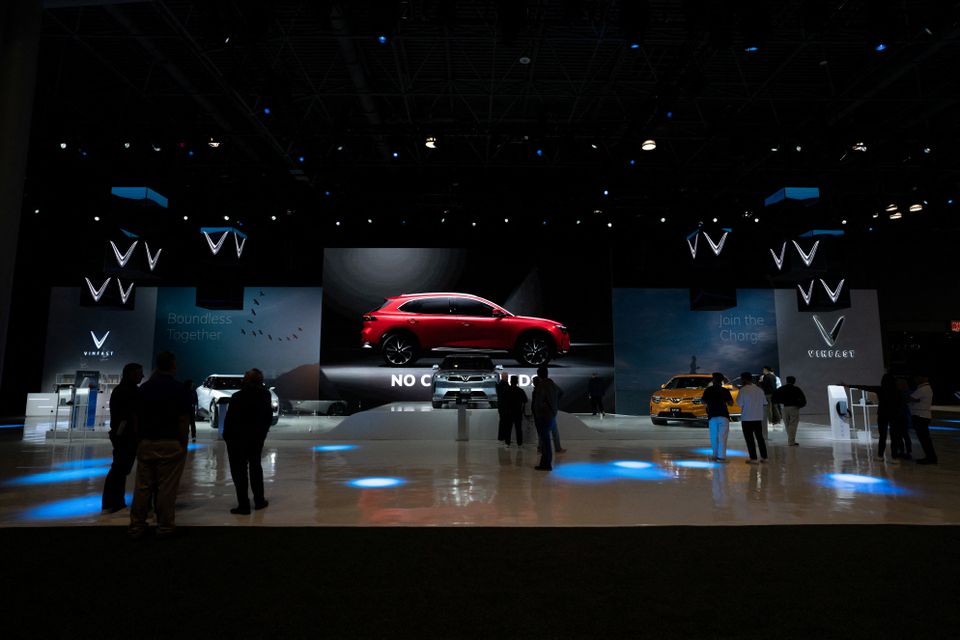 Vietnam's Vinfast IPO may be delayed to 2023 on market uncertainty

HANOI -- The chairman of Vietnam's Vingroup conglomerate said on Wednesday that an initial public offering (IPO) for the company's auto unit, VinFast, may be delayed until next year due to market uncertainty.

The IPO is currently slated for the fourth quarter of this year. Vingroup Chairman Pham Nhat Vuong also told the company's annual general meeting the conglomerate was prioritising spending on VinFast and gave an aggressive car sales target.

"We are eyeing a Q4 IPO, but there are lots of ongoing market uncertainties now... If necessary we may delay it to next year," Vuong said.

"The IPO is not just for fundraising. It's also about marketing and claiming VinFast's position globally," he said.

VinFast's Singapore-based holding company had filed for an IPO with the U.S. securities regulators, as the company readies a $4-billion investment to build a factory in the United States.

"Chip factories in Shanghai are closed - therefore chip supplies have been disrupted and the same story for other parts," Vuong said, referring to supply chain disruptions caused by COVID-19 lockdowns in China's business hub.

But Vuong sought to reassure shareholders the startup would go ahead with the IPO "no matter how uncertain the market".

VinFast, which began operations in 2019, is betting big on the U.S. market, where it hopes to compete with legacy automakers and startups with two all-electric SUVs and a battery leasing model that will reduce the purchase price.

VinFast has promised to create 7,500 jobs at its planned plant in North Carolina, where it will build the battery-powered VF8 and VF9 SUVs. The company has said it plans to begin construction of the plant as soon as permits are granted with a goal of starting production by 2024.

It has previously said it plans to begin exporting the two electric vehicles to the United States later this year from its existing plant in Vietnam.

Vuong said on Wednesday VinFast aimed to sell 750,000 cars in 2026, with 150,000 cars to be produced in North Carolina and the rest from its Vietnam factory.