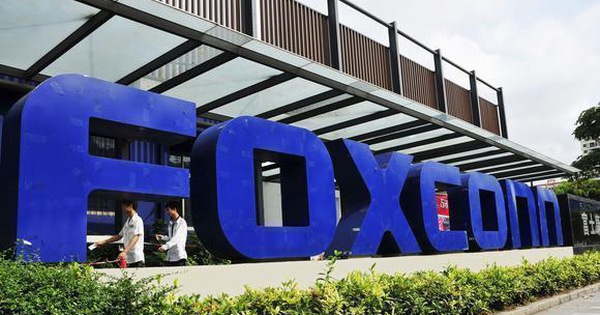 Foxconn, a major enterprise in the production and supply chain of Apple, has just decided to invest US$300 million in building a new factory in Bac Giang Province, northern Vietnam.

When the facility, which costs $300 million, is put into operation, the technology group is expected to hire about 30,000 workers.

The signing of the contract came after some foreign newspapers reported about Apple’s plan to move its Macbook and Apple Watch product factories to Vietnam.

At the signing ceremony, chairman of the Bac Giang People’s Committee Le Anh Duong stated that Foxconn has become a great partner of the Vietnamese province after 15 years.

Bac Giang is exerting its best efforts to improve the local infrastructure and provide the best incentives for investors, Duong continued.

Over the years, many member companies of Foxconn such as Fuhong, Fuyu, and Fukang have invested in several projects in Quang Chau Industrial Park.

Foxconn is currently the foreign-invested enterprise with the largest investment capital in Quang Chau Industrial Park, which totals about $773 million.

In 2021, Foxconn said it would invest about $700 million more in Vietnam to expand production with the expectation to bring in about $10 billion in revenue over the coming years.

To diversify the production and supply chain and avoid dependence on a certain market, many companies in Apple's supply and production chain have moved part of their production from China to Vietnam since early 2020.

Among them, Foxconn moved part of its production of iPad and AirPods to Quang Chau Industrial Park in Vietnam’s Bac Giang Province.