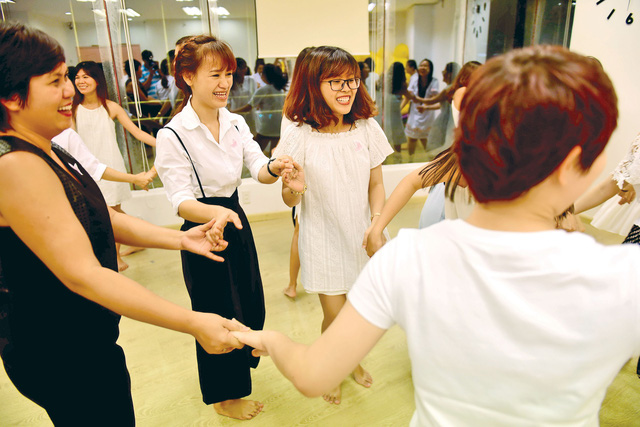 Foreigners answer a call for submissions made by Tuoi Tre News on how best to help those who suffer from depression following several heart-wrenching mental illness-related incidents led by late treatment.

Take care of your loved ones

In my opinion, involving the family with helping their loved ones is a basic solution for preventing depression. Once depression does happen, the impacts can be unexpected.

To prevent it, we should show care and love to our family members, friends, colleagues, and coworkers by supporting them, listening to them, and giving them a hand when they are in need. People should promise themselves that they will not leave their loved ones alone. Love among family members can protect against anxiety and depression.

In Thailand’s daily newspapers, I see that depression has led to such tragedies as violence between husbands and wives when one is jealous of the other or during a divorce or breakup. These situations have sometimes gone so far as to end in murder or suicide. For young people with depression, drugs are likely to become a solution to their problems which, in turn, can lead to more negative impacts on society.

In Thailand, the ministry of social development and human security runs a youth counseling program for young people who don't want to be counseled by their parents or teachers.

The ministry of social development and human security has also created the Prachabodhi Center to help battered children and women as well as the 1323 hotline for young people to seek counseling for their problems and ease social depression.

If the situation becomes too serious, psychologically ill patients are sent to a psychiatric hospital for free because it is a government service.

Local governments also organize many activities to provide residents with social activities that might relieve some of their depression. Those activities create a space for youth to ease their stresses, connect with others, develop an understanding and empathy of others, and encourage sharing within the community.

From what I’ve seen during my 3-month stay in Hanoi, Vietnamese often talk to each other when they go out for coffee as a way to rid themselves of some of the depression they’ve developed in their homes and workplaces. I think this could be developed into a social club where people within Vietnamese society could resolve some of their depression-related issues.

In India, there is unfortunately not enough awareness of mental health issues. As a result, many suffer in silence and many others are stigmatized. Even family members don't always understand -- for example, children who have learning disabilities and don't do well in class are seen as being "naughty" or "distracted" by their teachers and parents. In turn, they are punished for their bad behavior instead of being treated for ADHD.

Gradually though, things are changing. Earlier this year, the government passed a new law on mental health which provides for state healthcare facilities and protects the rights of people with mental health illnesses. It replaced an older law from 1987 which stigmatized and infantilized those who suffered from mental health disorders. The government has also de-criminalized suicide which is another acknowledgment of the fact that those who commit suicide or attempt to commit suicide are sick and need help -- they do not need to be punished for deviant behavior.

The government in India also provides some free, or at least highly subsidized, services in certain government-run hospitals for counseling services, though the private sector also plays a major role. Many NGOs even run help lines: here's a list: https://www.thebetterindia.com/94553/suicide-helplines-india/

There are many people with many different types of problems. Someone who is depressed because they did not get accepted by a good university is not in the same situation as someone with a terminal disease. Other people just need convincing that life is full of ups and downs, and that most bad times are only temporary.

We don’t always have psychologists available to talk to about our problems but many of us are lucky enough to know someone who is wise enough to help us with our issues, possibly by using some similar, though less sophisticated, methods. So, I believe psychologists are not necessary since we, until relatively recently, were able to survive without them.

I’ve heard that some schools in Vietnam have started to open psychological counseling rooms for their students, and I think an approach of absolute confidentiality should be taken with severe repercussions for anyone who does not follow those guidelines. Also, counseling staff must be able to prove that not only are they trained, but sensible. Teens need to feel secure and largely this will be attained if they feel that they can trust their counselors.

In Canada, psychologically counseling is often done by church staff, NGOs, or through employee extended health benefits programs. With churches and NGOs treatment can be free of charge or made in the form of a donation. Otherwise, treatment is paid for by employers or paid privately.

I used to volunteer for a crisis line in Canada. Many of the calls to crisis lines are related to substance abuse involving legal and illegal drugs. Family issues, such as forced child separation, and marital problems were also common. I suspect these are also problems in Vietnam.

Because telephone rates are low in Vietnam, one line could serve the whole country.Ethnic and cultural differences might require regional hotlines. These should be monitored for use and effectiveness.