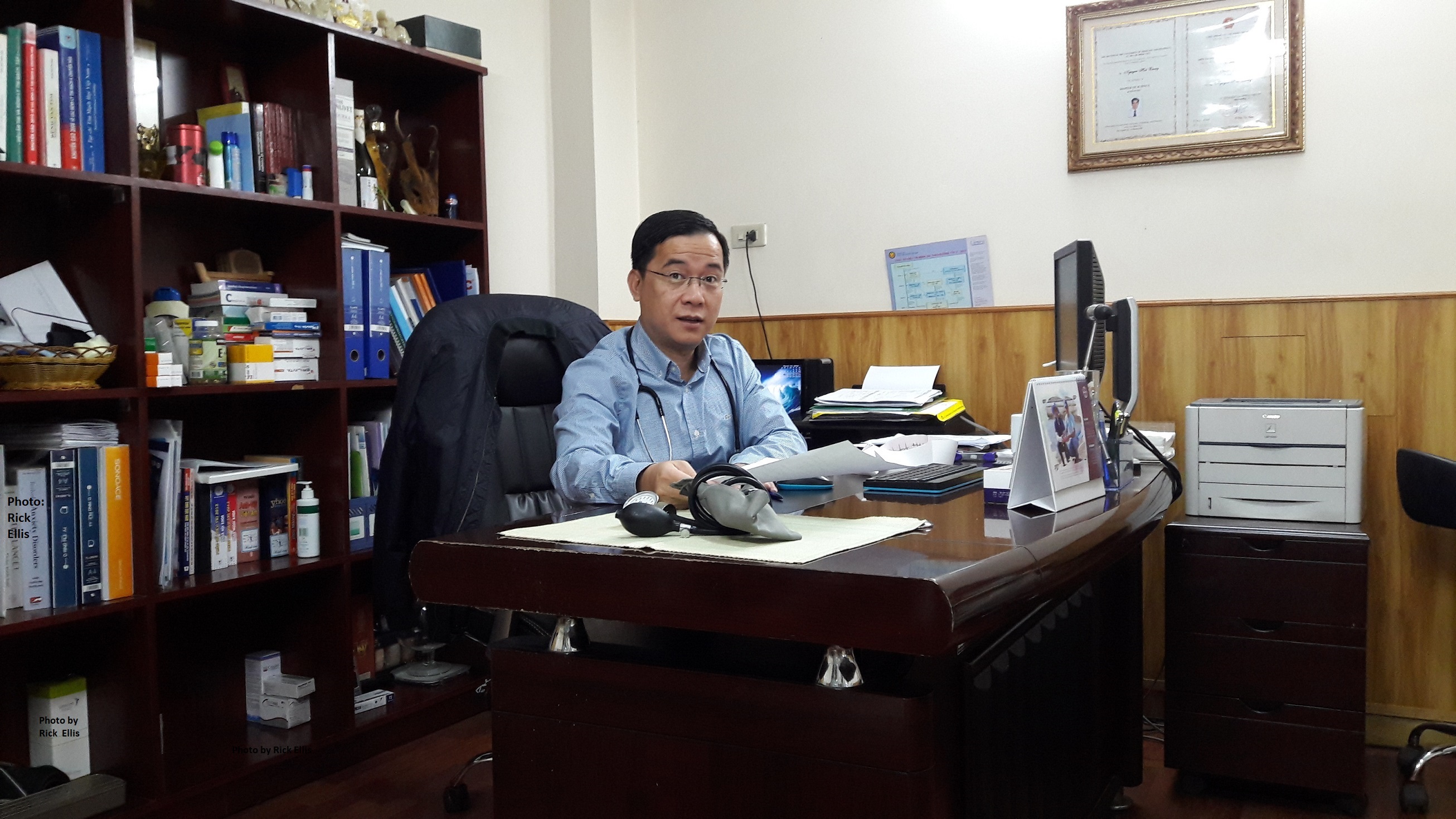 The question foreigners ask me most often about Vietnam is…

Yep, that’s the most common question about Vietnam I get from foreigners living overseas. Not about the people (great), places to visit (gorgeous), food (scrumptious), or how much English is spoken (more than enough to get around).

Before delving any further into this topic, I must note that many men are notorious for avoiding doctors. I am actually one of the worst procrastinators around, right at the top of the list. It’s something in the male genes, similar to refusing to ask directions when we’re lost on our first visit to a city or following recipes when cooking.

We think that if we ignore the problem the symptoms will eventually disappear, which is silly, but sometimes it works.

I should also confess that I don’t trust doctors all the way. The fact is that half of them finished in the top 50% of their class and half in the bottom 50% and we don’t know who is who until it’s too late.

I’ve been fortunate with my health and haven’t needed much care, but I can share a bit about experiences I’ve had with doctors in Southeast Asia. I’ve got no horror stories to tell about seeking help for a hangnail and ending up without an arm, but I have had a couple of strange experiences.

How about the doctor in Malaysian Borneo who prescribed a common over-the-counter remedy for a severely upset stomach? I’d been quite sick for over a week and what he prescribed, as I found out later, did nothing more than slow down the digestive system.

There is no way that medication would have cured me in a million years. A doctor in a tropical developing country who can’t cure an upset stomach? A head-scratcher if there ever was one.

The net result was he charged me US$25 (that’s a lot of money in Malaysian Borneo) to tell me all about his new life on the island and how much he loved it. I listened attentively to how his escape from the mainland had unfolded and it was interesting enough, but I should have charged him instead of him charging me.

Luckily, I got help from my network of sailor buddies who are often faced with the issue and need an effective solution since they are usually floating around in the middle of nowhere. They advised an antibiotic that knocked that bug out in a day.

Or how about the skin specialist in Da Nang whose solution to my irritating heat rash was: “Do nothing - it will go away.” Great! Certificates hanging all over the walls, pictures of her with important people, and that’s her solution to something driving me nuts and causing sleepless nights?

Her entire team of 5 or 6 assistants surrounded me throughout the examination, similar to those who stop to look at car accident scenes. No idea what they were gawking at – there were only a few tiny red spots on my arms and torso.

Then she actually said: “Stay out of the heat.” I was thinking that was solid advice but not easy to do in the middle of a sweltering Da Nang summer. Finally, I came to Da Lat where it’s cool and the problem went away.

A few months ago, I had trouble breathing to the point where I could barely walk a couple of blocks without gasping for air. It turned out my heart had weakened over time and was pumping fluid into my lungs, neither a trivial condition nor a life-threatening one if treated in time.

I posted a blurb in a local Facebook group in Da Lat asking for advice and recommendations. Da Lat is a decent-sized provincial city, not a booming metropolis nor a backwater village.

Some people replied to my post telling me I was crazy to post such a question in a Facebook group, but it costs nothing to ask. You never know, good things often come from strange places.

Others rolled their eyes and suggested I head immediately for Ho Chi Minh City to seek out qualified treatment, which really irritated me. Or Singapore, which bothered me even more. Are there no good doctors outside the largest cities?

That seemed impossible to me, and coupled with the fact that I’m not a fan of Ho Chi Minh City or Singapore, I kept on the hunt for a good doctor right here in Da Lat.

Sure enough, a local recommended an ideal doctor to treat this ailment – a lung and heart specialist with an office in the city center.

Appointments often don’t mean much in this part of the world, so I headed to his office hoping he’d take me on the spot. The waiting room was like a packed football stadium but I managed to find a chair to squeeze into.

So far, so good. I mean, who wants to go to a doctor who has an empty waiting room? I noticed that the patients in the waiting room had various ailments and issues. One poor man had been in an accident and was in agony, others were on crutches or limping because of injury, apparently nothing related to the lungs or heart.

That was a good sign too, it showed that the doctor’s reputation was solid enough that people went there irrespective of the problem.

The doctor works full-time at the nearby hospital but during his lunch break he takes 90 minutes to tend to his patients in the office. At 5:30 pm he goes back to the office for a couple of hours more. Dedicated.

Dr. Cuong, which means “strong” in Vietnamese, now THAT’S a good name for a doctor, appeared from his office a couple of times, then spotted me in the throng and invited me in, which embarrassed the hell out of me because there were others who had been waiting longer. In Vietnam, locals are kind to foreigners in need.

The doctor ordered an X-ray and spotted fluid in the lungs immediately. Then he performed an EKG/ECG Electrocardiogram on the spot, poked around my chest, and informed me that my heart was weak, overworked, and the heartbeat was irregular.

He prescribed several types of medication which I picked up at his reception desk and off I went, only to return twice later in the following weeks to check progress. The doctor tweaked the dosages slightly and the symptoms subsided.

Dr. Cuong was downright chummy throughout and at one point even asked if I trusted him, suggesting that a trip to Ho Chi Minh City could be the best solution. I replied that I certainly did trust him and had no intention of going anywhere, which pleased him to no end.

All in all it was an excellent experience from start to finish, I couldn’t have asked for more from the doctor or staff.

The cost of 3 visits to the doctor and a month’s worth of prescriptions was under VND1 million, around $40.

Is health care in the developing world a roll of the dice? Definitely. Do the famous international clinics and hospitals reduce the risk? No doubt they do, and they also seriously reduce the thickness of our wallets.

I learned to dig around and do thorough research, and work the network, of course.  There are definitely some gems out there if we look for them, just like shopping for any service.

Oh, and in future I’ll try my best to take action before the situation becomes serious, but procrastination is a hard old habit to break.