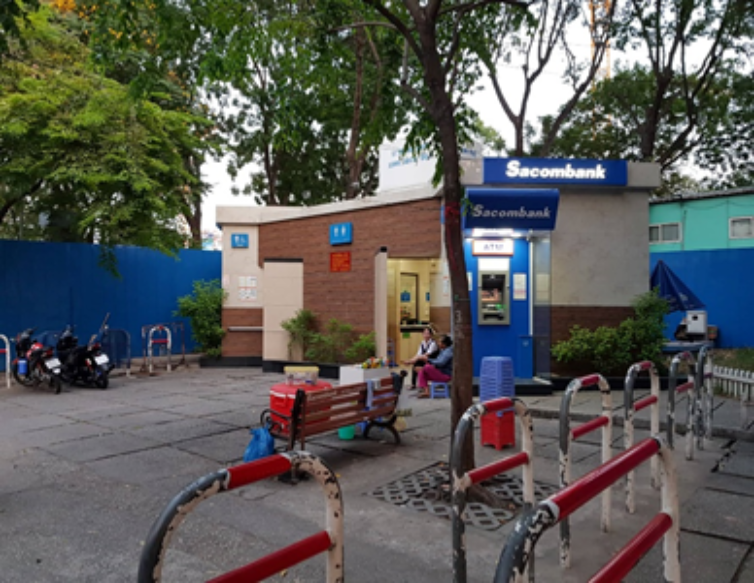 Successful urban places are often in sites such as public transit stations, markets or waterfront areas. Could public toilets be a model for good space design in urban development?

The words 'public' and 'toilet' are near antonyms. One will find it difficult to relate a place to fulfil our private bodily needs with the word 'public.' Hence when put together, public toilets are often linked to the sort of filth and unpleasantness that almost makes it uncomfortable to think about. This unfortunately leads to public toilets being less attractive in placemaking.

In Ho Chi Minh City, Vietnam, an odd development of public toilets may change perspectives that public restrooms could perhaps be anchor points for placemaking.

For a city of nine million, there are only about 200 public toilets with many of them failing to meet hygiene standards. On top of that, shops and restaurants do not always allow public access to toilets. Most of these shops are also private residences where the bathroom is part of their private dwelling areas.

A series of quality public toilets were introduced in 2014 as a push to improve the city’s image and meet the increasing demand for them by tourists. Interestingly, as with many elements in a city, the actual users changed as time passed. Today, these toilets service more locals than tourists.

These toilets, referred to as '5-star' toilets in the media, are equipped with a full range of amenities. They all have disabled access, benches, air conditioning, music and can be used for free. To the locals on the street, these toilets are more commonly known by the bank which sponsored them, Sacombank. In return, they also come equipped with an ATM booth. There are currently 13 of them located around the city, particularly at September 23 Park, Tao Dan Park and Le Van Tam Park.

In an unpublished academic study on the toilet, close to 40 percent of visitors to the toilet and adjacent areas were ridesharing drivers. Ridesharing was introduced into the city around the same time the toilets were built back in 2014. Since then an explosion of companies and drivers has led to new demands in the city. The increase of workers working from the public realm created a demand for public restrooms. One of them is Mr. Van, a full-time GrabBike driver. Although he is aware of these ‘five-stars’ toilets, he mentions the need to pee on the street as there are not enough of them. Furthermore, as his bike is important to his job, he is often worried about leaving the bike at public toilets, lest it gets stolen.

The ‘five-star’ toilet at Le Van Tam Park saw a real need lead to a coexisting relationship between rideshare drivers, the caretaker and vendors. The rideshare drivers who frequent the toilet undertand that the caretaker would watch over their bikes as they use the facility. Also the drivers' congregating led to the presence of vendors and drink stalls. One famous vendor selling 'goi kho bo' (Vietnamese dried-beef salad) can also be found on the corner of one of these public toilets. These vendors have access to a hygienic toilet and water supply, an important factor in densely populated urban areas. Drivers like Mr. Van rely on the convenience and low cost of food vendors like this and are concerned about food hygiene. Falling sick will mean a loss of income.

In placemaking actions, the topic of gender is often not discussed. When speaking about public toilets the allusion to gender is obvious. Public toilets carry hints of a society’s views on gender. In the case of Vietnam, although more legally relaxed towards gender than many other peers in the region, the toilets remain binary, with males and females separated. One can argue that this reflects the current public opinions on gender issues.

Unsurprisingly, in the same study mentioned above, a large number of female users of the 'five-star' toilets are street vendors. Street vendors in Ho Chi Minh City are predominantly women who prefer these toilets as they are safe and hygienic. Unlike many other public toilets in the city, the ‘five-star’ toilets are cleaned and surveilled by a caretaker, plus they are well lit at night. Although men and women alike enjoy a safe and hygienic toilet, the latter menstruate, groom and use the toilet differently and unlike men, it is also less acceptable for women to pee in public. Hence greater importance should be placed on ensuring the toilet caters to women’s needs.

In 2018, the race to modernise the city’s amenities saw a plan to build automated public toilets around the city. These toilets went on to be affectionally known as the ‘mirror’ toilets as they came clad in reflective stainless steel.

Like before, they were based on standards that were focused on tourists. These toilets incorporated some features of the earlier ‘five-star’ restrooms such as bike theft prevention and perception of safety through installed screens and cameras. In retrospect, it is not known what the user can do if a crime happens while answering the call of nature. These toilets are fully automated, self-cleaning and are free to use.

I asked some vendors and rideshare drivers but they did not mention this toilet. Located at bus stops in the city, they are often out of service. The installed screens and pre-programmed voices are unable to match the service provided by the caretaker found at the older ‘five-star’ toilets. In fact, most of the ‘five-star’ restrooms, although significantly older, are in better shape than most of the ‘mirror’ ones.

From this, we can learn that public toilet design should not be reduced to mere technical requirements. Their potential as catalysts for placemaking should be explored more often. Regardless of what the next iteration of public toilets in the city will be, they will still remain as honest indicators of how a society functions, holding cues in plain sight. 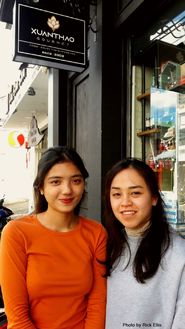 A quick glance into the future is plenty; the median age in Vietnam is just over 30, and they’re out earning and spending like there’s no tomorrow 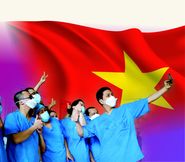 One of the two biggies during the year is Reunification Day on April 30, which marks the end of the American war in Vietnam and the political reality of one nation finally joined together