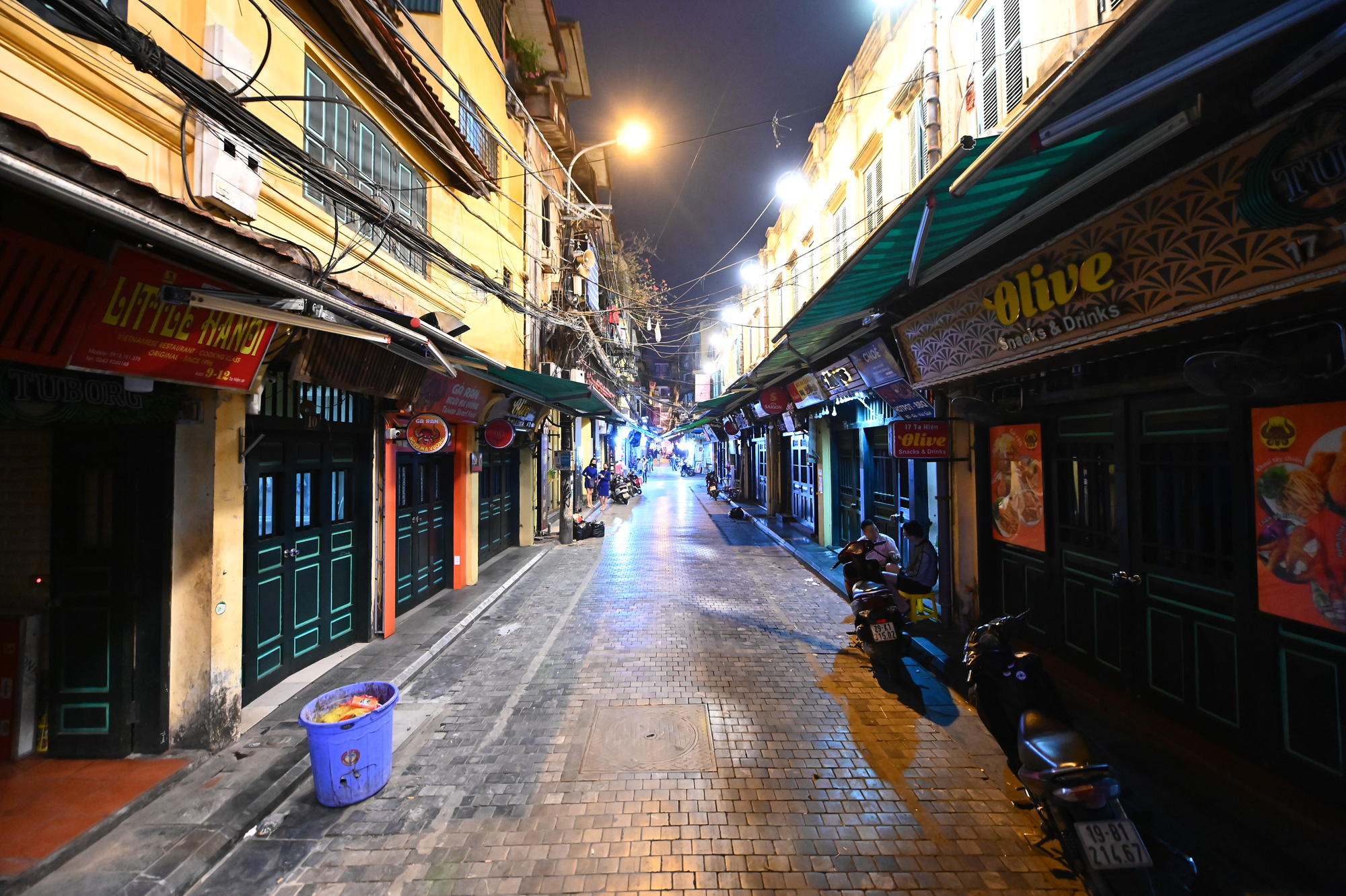 Editor's note: Mark Barnes is a freelance journalist currently based in Hanoi, Vietnam. He sent this piece to Tuoi Tre News as the novel coronavirus disease (COVID-19) has caused countries including Vietnam — where 153 infections have been confirmed — to impose different levels of travel restrictions and border lockdowns in bids to curb the spread of the virus.

Governments around the world have urged their citizens to come home if they wish to as many countries, including Vietnam, close their borders to slow the spread of COVID-19.

“In countries where commercial departure options remain available, U.S. citizens who live in the United States should arrange for immediate return to the United States, unless they are prepared to remain abroad for an indefinite period,” the U.S. Department of State advised on March 19.

Similar messages have been communicated to expats from countries around the world that are residing in Hanoi.

This has led to a mass exodus of Hanoi’s international community. However, many foreign residents have also made the decision to stay.

Returning to the United States also presents its own set of problems for Brown.

Healthcare in the United States is among the most expensive in the world and the U.S. is the only developed economy that does not have a universal healthcare system.

“I don't have health insurance in the U.S. So if I do get sick, which, honestly, is really likely right now, I literally can't afford to go to a doctor,” says Brown.

Diagnosed cases of COVID-19 in the United States have topped 85,600 whereas in Vietnam there are just 153.

In fact, in the U.S., the novel coronavirus has spread so rapidly that earlier this week the WHO flagged the U.S. as possibly becoming the next epicenter of the outbreak.

“We are now seeing a very large acceleration in the numbers of cases from the United States — so it does have that potential,” the WHO’s Margaret Harris said.

Julie Beasley, a kindergarten teacher from the United Kingdom, took a more emotional approach to deciding to stay in Hanoi.

She says that it was her pet cats that kept her from leaving.

“They are my babies so I was not prepared to leave them behind. They are my family,” she says.

But Beasley had to weigh this against her 85-year-old mother who is currently hospitalized in the UK.

“At the moment that's consuming my thoughts on a daily basis,” says Beasley. "But they've actually closed the hospitals now so nobody can go and visit her.”

Not only are hospitals in the UK closed to visitors but there is a mandatory quarantine period for arrivals from overseas of 14 days.

This means that even if Beasley could get back to the United Kingdom she would still be prevented from visiting her aging mother.

“You know I feel that I really want to be there but I know I can't… Fortunately, I have a very big family back home so there is support there for her.”

Beasley says that keeping in regular contact is key, which is a recommendation seconded by governments around the world as their citizens increasingly find themselves confined to foreign countries.

In this regard, Beasley also went on to note that Vietnam was possibly the best place to be as the global crisis worsens.

“I think at the moment we're probably in one of the safest places in the world,” she said. “Hanoi has not been hit as hard as many places have been.”

In the United Kingdom, 11,658 cases of COVID-19 have been diagnosed resulting in 578 deaths as of Friday, according to a government website.

Australian Kim Encel, who is currently working with UNESCO in Hanoi, shared a similar sentiment. He says that he and his partner never even discussed the possibility of returning to Melbourne.

“The main reason is that Vietnam has been really proactive about the whole COVID-19 situation and also I think my workplace has been really informative and helpful,” he says.

But he did have some concerns, like Beasley, about family back home.

“My parents are older, so if something happened to them and I was not able to get home in a month that would be a terrible situation.”

Australian citizens were advised to decide on their future in Vietnam as recently as March 21.

“If you are in Vietnam and wish to leave, you should do so as soon as possible while commercial options are available,” the Australian Embassy said on its Facebook page.

In Australia, 3,005 cases of the disease have been identified resulting in 13 deaths, according to The Guardian.

The full impact of border closures around the world is yet to be realized. That said, those that have chosen to stay in Hanoi may not be able to return to their country of origin for months.

In this respect, for those that have chosen to stay, the Australian ambassador, Robyn Mudie, on Wednesday, offered this advice:

“As a community overseas, please reach out and support one another. Stay in touch regularly with your friends and family in Vietnam, Australia or wherever they might be globally.

"These are challenging times, but we will come through this together.”