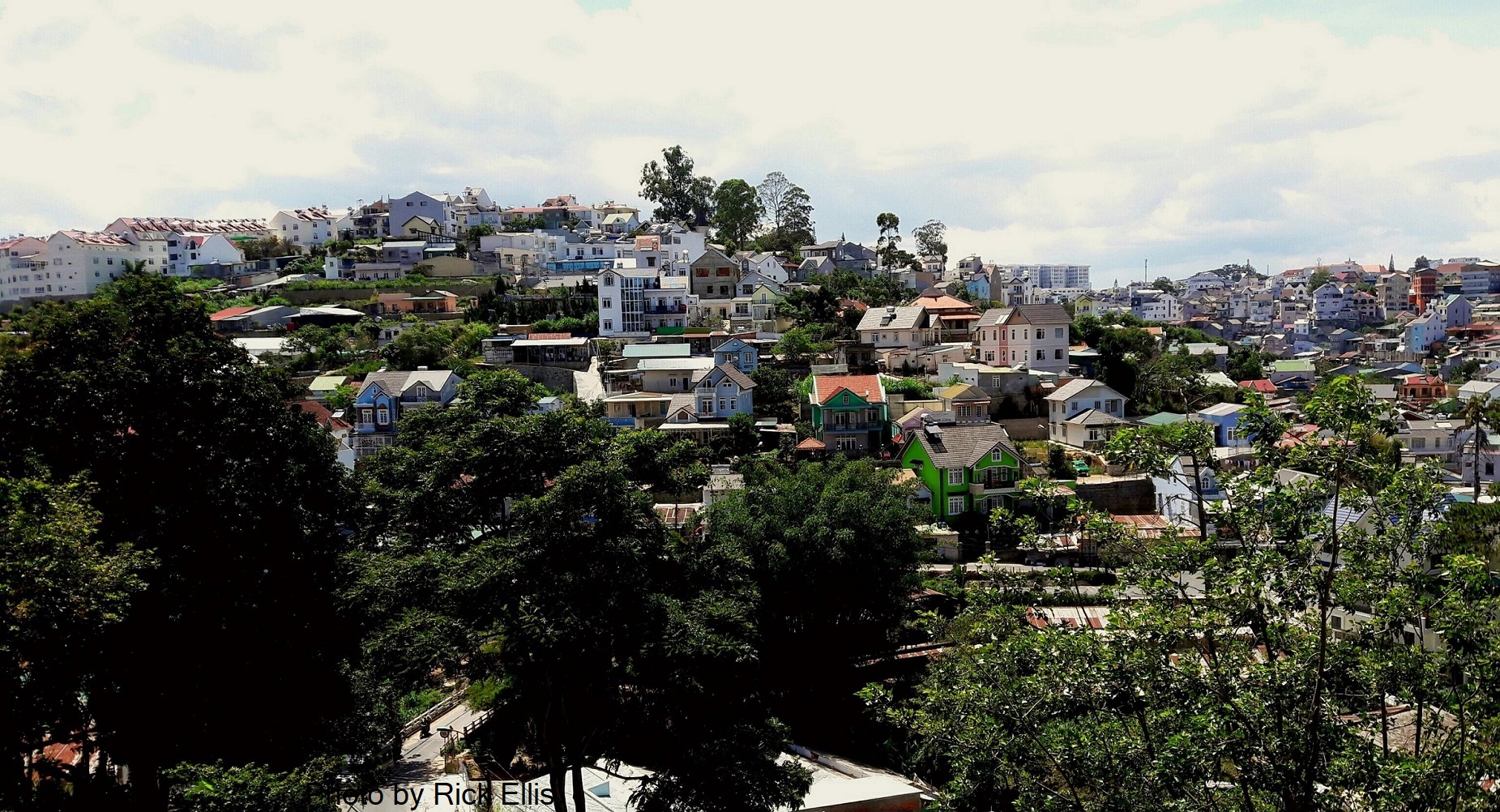 Dawn of a new travel era in Vietnam

The annual Reunification Day weekend has just passed and Da Lat was hopping.

This year's April 30 fell on a Thursday, coupled with International Workers’ Day, celebrated on May 1, providing a built-in reason to turn the affair into a four-day weekend.

Indeed, some said, “The hell with it, we’ll take the whole week off after the ordeal we’ve been through!”

And, just like that, things are back to normal, or are they?

Looks like it, hotels were booked out, traffic back to its usual mess.

The only thing I’m missing is a haircut, and if they don’t open up the barbershops I’ll be resembling Rip van Winkle in a few weeks.

The rubber will truly hit the road when the global supply chain and international travel networks are plugged back in and the world gets back in motion.

In the meantime, the throngs are enjoying the freedom and Da Lat is the ideal destination to let loose.

In addition to the fresh air, open spaces (conducive to social distancing), and cool weather, Da Lat has a new attribute to boast about that none of us would have considered just a few months ago:

Does the term sound familiar?

I doubt it, since I invented it out of the blue a few weeks ago — it signifies zero instances of COVID-19.

Similarly, “LowCo” signifies a low number of cases, while “HiCo” represents lots of cases and high risk of infection.

That’s right, the city is without a single case on the books — at least until now (with fingers crossed), and it’s not alone, with roughly half of the provinces of Vietnam reporting zero confirmed cases.

What was already a top-shelf domestic getaway welcoming several million tourists each year is now elevated to a new status because it’s now a haven of safety, an oasis away from the crowded megacities and the risks they bring.

Pretend for a moment that, in addition to domestic locations, you could fly off to any world destination you choose, with time and cost no constraint.

None of those are enticing at present, nor can we be optimistic about the short- to mid-term future.

I personally wouldn’t go to any of them now or in the foreseeable future even if you paid me, threw in all expenses, and set up a private concert featuring famous pop music heroes. No chance.

Travel will never be what it was, just as it evolved when the first jumbo jets and bullet trains were introduced in the ’60s, then more dramatically after the September 11 attacks in 2001.

Those milestones pale in comparison to our current crisis, which will force us to re-prioritize using fresh criteria.

Instead of us slicing the global travel pie based on breathtaking sights, distance, accessibility, and cost, the pandemic is right at the top of the list, and it’s not going away any time soon.

Many travelers started to shift away from those traditional priorities in recent years as the environment began to factor into our decisions on where to go, slowly leapfrogging the other criteria above until it sat right near the top of the list.

In recent years, Hanoi, Chiang Mai, Jakarta, and now Bangkok have dropped off my list due to the horrendous chronic pollution.

A destination can have every bell and whistle imaginable, but if we can’t breathe comfortably it stops us right in our tracks, so why go?

Spin the clock forward to next year and check out this scenario: a well-heeled middle-aged couple is lounging in their living room in, say, Singapore. They want to get away, but where to?

Wife: Tokyo is in the top handful of global city destinations, but the virus hit it badly.

Husband: What about Taipei?

Wife: A wonderful “LowCo” destination, let’s think on it…

There is no black or white with COVID-19 — it didn’t spread around the globe in one day, so it’s not going to disappear in one day either. The situation is going to be gray and none of us know for how long.

Asymptomatic cases are popping up all over, positive retests emerging, and global experts warn us that further mutations of the virus probably loom in the distance.

A vaccine is still at least a year away, longer when we consider the time needed until worldwide availability, and if the virus mutates its effectiveness will be impaired.

No cause for panic, rather it’s time to think rationally and mitigate risk when travel planning, be it be for business or pleasure.

Here’s another case that’s going to play out often.

Retired couple with cash and time on their hands, craving trips abroad after slaving away their whole lives, but they have chronic health ailments.

The elderly, especially those with existing health issues, run a high risk of death should they contract the virus, so that couple, with plenty of money to spend, will gladly pay a premium to hit a NoCo or LowCo destination.

Their lives could be at stake, it’s that simple, so the choice of destination could make all the difference.

I have a friend on the island of Borneo, in Malaysian territory up north, who’s been working for several months with an investor to develop an island resort.

The area is drop-dead gorgeous, seemingly endless pristine beaches, turquoise water, and more fresh seafood than you could shake a stick at, yet in close proximity to an international airport, truly an ideal location for unplugging and relaxing.

As this pandemic became more grave we realized during our chats that, while the investor had been sitting on a gold mine all along, it’s suddenly become solid platinum because he can guarantee clients that his resort will be NoCo.

There may be on-the-spot testing in place prior to disembarking from the mainland plus periodic temperature checks to assure the resort stays that way.

The island will be an all-inclusive, self-contained little paradise, completely shielded from any exposure, guaranteeing a relaxing and safe vacation.

Every activity and amenity will be available, so no need to trek off to the nearest city.

Not only are islands easier protected from the spread of the virus, but locations with difficult access will also be easily shielded while others are more exposed.

UNESCO World Heritage sites will take on new popularity rankings based on risk: how about Angkor Wat, the ancient Hindu complex of temples in Cambodia?

Perhaps better avoided, at least for now, as areas of it are crowded and cramped, thus not conducive to social distancing.

Access was already expensive and limited in order to preserve the cave, but now it takes on the highly desirable attribute of being NoCo, or at the very least LowCo.

Domestic travel is going to be the main theme, at least for this year, so we’re fortunate to be in LowCo Vietnam and spoiled for choice on top of that, the only rub being the world's airlines have been badly stung, so prices will likely be much higher than in the past.

Vietnam had already been experiencing a boom in international tourist arrivals in recent years, but this pandemic is the biggest game changer of our era.

Many of us had already been going that extra step to escape the overcrowded mainstream destinations, from now on it’ll be critical.

That’s good news, the big name global destinations will fall in popularity (many of them have been hollering about being overtouristed anyway), lesser known locations will experience increased demand, and a lot of hidden gems will be uncovered.

It’s going to play right into the hands of tourism in Vietnam, sitting right at the top of the list of LowCo destinations worldwide.