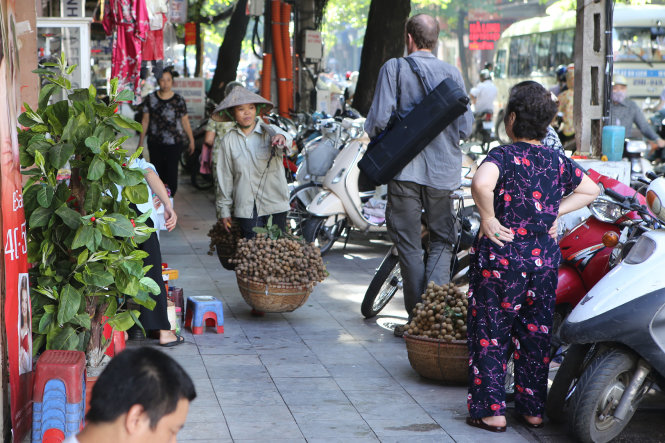 While Vietnam has been hard hit by COVID-19, it could become well-placed to recover faster than other countries. This is a three-part series exploring some aspects that Vietnam could use to economically transform itself.

Yes, this will take a long time, even years.

However, Vietnam is uniquely positioned economically to take advantage of what is going on both domestically and internationally.

I have found it fascinating to watch Vietnam grow during my 14 years of living here. The speed and pace are astonishing.

The humble little two-bedroom house I lived in four years ago became a six-story hotel.

The original wide spread of gorgeous greenery shrank as the skyline has become cluttered with hotels.

The explosion in middle-income employment was to be admired for the Vietnamese hard work and life was good. But now it is tricky.

The current situation: based on figures I found from 2018 and 2019, from an overall population of about 98 million, the confirmed workforce was about 55 million, although that number did not account for a high percentage of people working informally in rural areas.

As of the end of July, just over 30 million workers will be affected by the impact of the pandemic on economic activity. Roughly eight million have been laid off or working reduced hours and more than 17 million subject to pay cuts.

Unsurprisingly, 72 percent of service industry workers were hardest hit by lay-offs and salary reductions, with more than 60 percent of industrial employers also suffering a similar impact.

Agriculture, while also reduced, could become one of the shining lights of a recovery based on regional deals and access to EU markets, as per what was noted at a Ministry of Labor, War Invalids, and Social Affairs conference on June 29.

The most damage has occurred in the textiles, footwear, and hospitality industries, particularly international tourism, with overseas arrivals down by between 80 and 90 percent.

It is unlikely these sectors will spring back anytime before the middle of next year and it is very unlikely they will re-emerge in a similar form as pre-coronavirus.

Rescuing these industries has already attracted the attention of the national government as they make up a large part of the current unemployment numbers and draw in a significant part of the nation's revenue.

Around January 2020, Vietnam had an estimated $260 billion in GDP, according to the World Bank .

However, the World Bank went on to say that Vietnam has a strong domestic market and expanding export-based sector that will help the nation in 2021 overcome the shrunken growth rate.

Compare that to the uncertain near future of the American and British economies and unpredictable world markets and Vietnam looks like a bright prospect.

But it is not all doom and gloom. As Western economies inexplicably struggle to even deal with the virus with any real success, let alone the economic fallout, Vietnam is the mostly ignored, unmentioned yet true success story of dealing with the pandemic.

This means Vietnam can focus more on economic recovery than being overwhelmed by the medical demands of containing the virus.

The strict social distancing and early lifting of restrictions will buy the nation a valuable window of opportunity to shift and change productivity while more developed nations are still trying to ‘flatten the curve.’

Indeed, the International Monetary Fund has predicted that it will take two years minimum to bring world economic output back up to 2019 levels.

The Vietnamese labor ministry projected a shorter timeframe up until the end of this year to get the local economy moving — a hopeful sign.

At the current time, Vietnam does not rank very well in productivity due to outdated skill levels, training and the struggle to produce high quality, high-tech products within the domestic industries without international assistance and expertise.

But the issue of upskilling has been known for a long time and is now higher on the government’s list of things to improve.

Yet another way of looking at and measuring national industrial output, based on the ‘diversity and complexity’ of products, materials and services produced, actually places Vietnam at a higher level of manufacturing ability than either Australia or New Zealand and a host of supposedly more technologically sophisticated, advanced countries, according to Harvard Growth Labs' Economic Complexity Index.

So, what is next? How can Vietnam come out of the present worldwide struggle with the health crisis and the massive hit of the globalized world economy?

Vietnam is moving fast on the problem and has interesting opportunities in the coming twelve months. Stay tuned for Part 2 where I explore some developments.