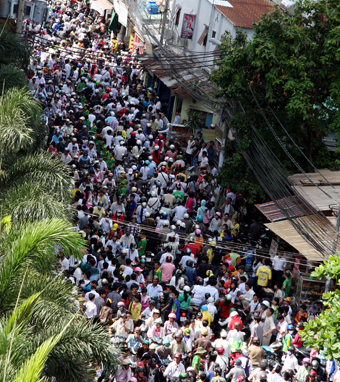 Traffic police in major Vietnamese cities have said they will be willing to overlook road rule violations by candidates and their relatives this week and next, when millions will travel to and from urban exam centers for the national university entrance exams.

They explained that this is intended to create the best conditions for candidates and ease pressure on them while they are trying to get a seat in college.

This year university hopefuls will take the exams on July 4 and 5 or July 9 and 10, depending on their chosen majors, which are all weekdays when streets are often filled with vehicles, while in previous years they were due on weekends only.

For that reason Hanoi traffic police have been requested to help clear the road for candidates and their companions to travel during the exam days, Dao Vinh Thang, a local police chief, said.

Minor violations by these people will not be punished, Thang added, noting serious infringements will never be tolerated.

The police will also help guide or even transport candidates coming from other provinces to exam centers if they do not know the way and thus risk being late for the tests, Thang said.

In the Mekong Delta hub of Can Tho City, traffic police have also been asked not to stop candidates and their accompanying parents for marginal violations, according to Huynh Dau Tranh, a chief officer.

This leniency will not apply to severe disruptive behavior, Tranh said.

Traffic police in Da Nang City and Ho Chi Minh City have also promised to give high priority to these college applicants when it comes to travel on the road during these days.

Unlike many other countries that recruit college students based on their high school academic performance, Vietnam uses standardized tests prepared by the Ministry of Education and Training to select students for higher education every year.

The exams are seen as the most important of their kind to local high school graduates because an undergraduate degree is seen as a passport to success in this fast-growing country. 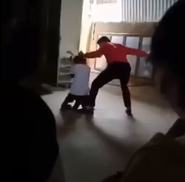