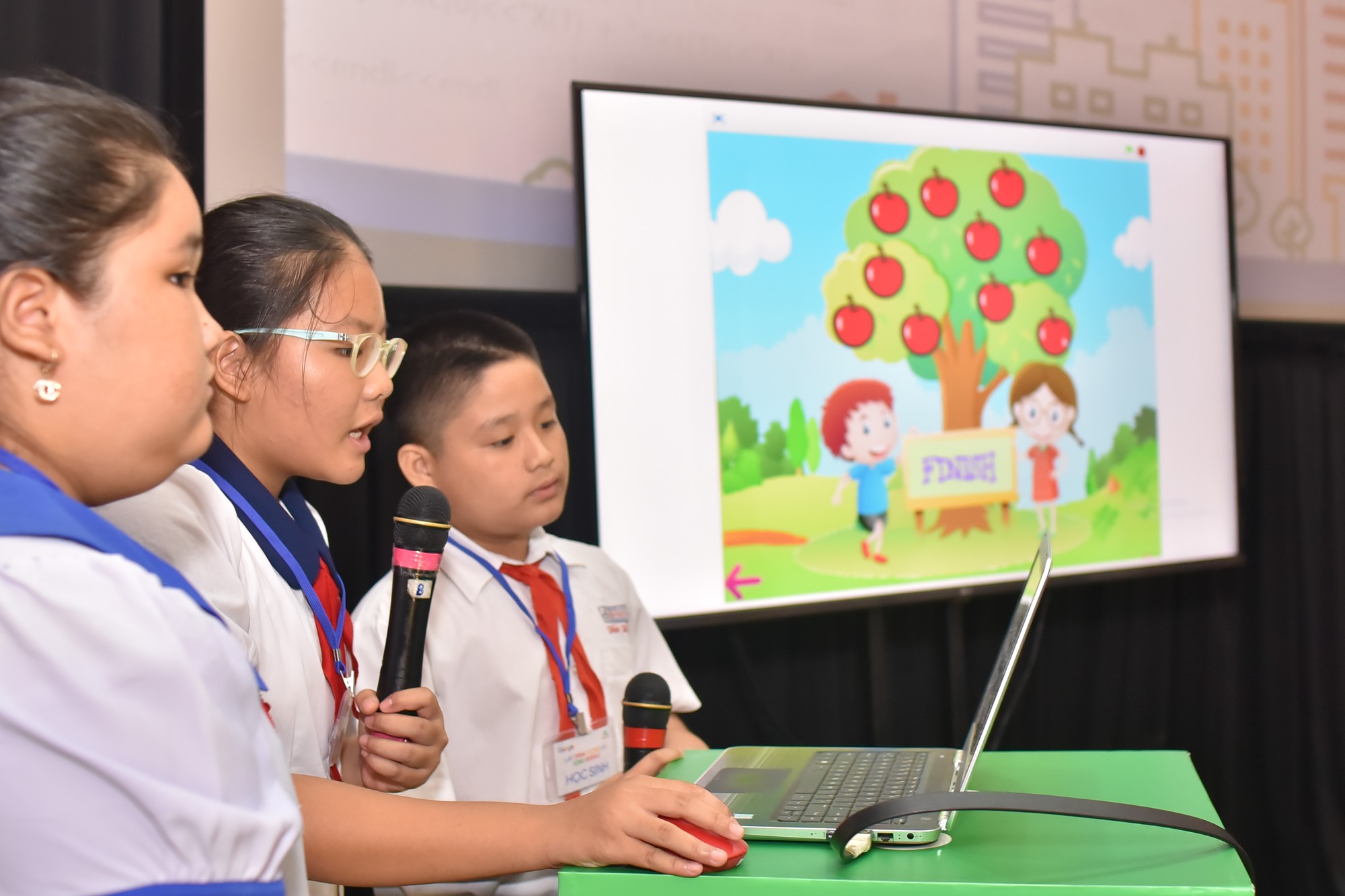 Google said Tuesday that it will finance a project to offer 10,000 hours of gratis lessons in programming to young students in Ho Chi Minh City and several areas of Vietnam’s Mekong Delta region, as a way to benefit their thinking and enjoyment of computing.

Google Asia Pacific Pte. Ltd., a subsidiary of Google, is supporting the programming education for over 1,200 children and 30 teachers in state-run primary schools in Ho Chi Minh City, Vinh Long and Tien Giang Provinces, in a plan that is slated to last between May and August.

Kids are expected to learn and play with Scratch, a visual programming language in which users can easily create interesting products by arranging given blocks that contain comprehensible codes.

Google’s collaborator in the project, the Mekong Community Development Center, will sent computers to the schools, many of which lie in remote or suburban areas.

The educational effort, named ‘Programming your future with Google,’ tries to kindle the kids’ interest in computer science, give them basic programming skills and sharpen their critical, logical and creative thinking as well as the competence to solve problems.

They will also have the chance to improve their skills in group work and idea communication while acquiring some qualities needed in information technology settings.

Ha Lam Tu Quynh, director of communications and public relations at Google Asia Pacific, said the company focuses on plans of raising public awareness and enhancing the personal ability in information technology in Vietnam, in order to help the country successfully develop in the direction of Industry 4.0.

“We’re in the belief that children are the most wonderful creators in the future.”