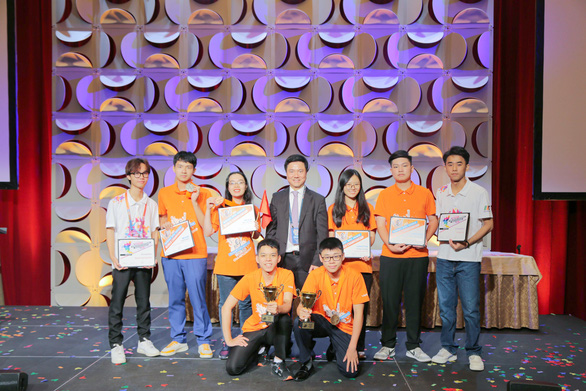 Vietnam has finished first at the 2022 Microsoft Office Specialist Word Championship, winning two gold medals, one silver, and one bronze.

Unable to hide his emotions at the awards ceremony, Minh felt like “exploding,” shaking in happiness when his name was mentioned.

He is also the youngest competitor who has ever clinched a gold medal in the history of Vietnam’s participation in the contest.

Phong was also enthusiastic to share his happiness on achieving the highest degree of awards, bringing glory to his home country.

This is also the first time in 13 years of competing at the championship that the Vietnamese team has reached the top spot.

Vietnam’s medal tally at all MOSWC iterations has added up to four gold medals, three silvers, and 10 bronzes.

The group is funded by the U.S.-based Simons Foundation