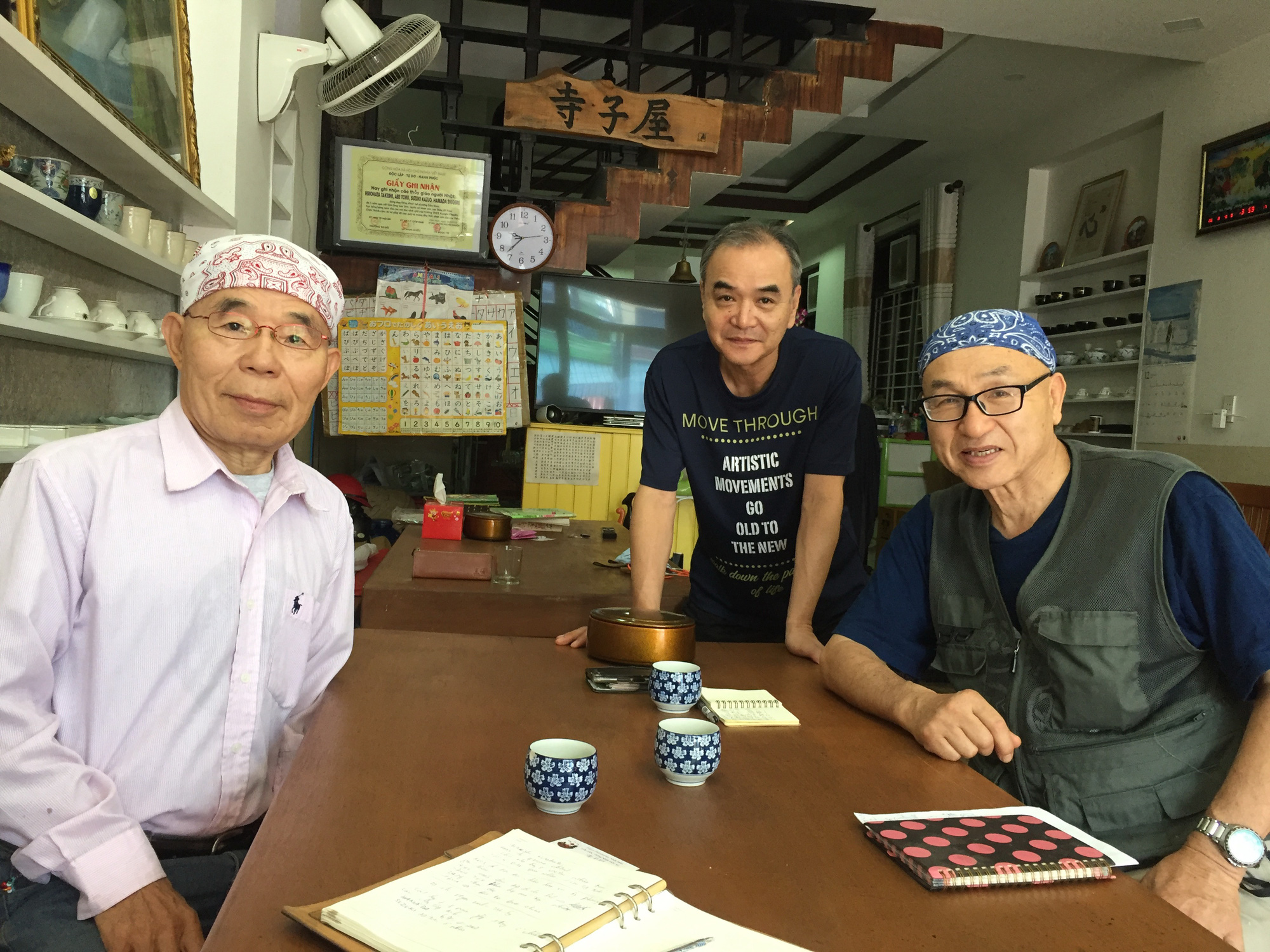 Three Japanese men have been offering free language classes for locals in Hoi An, a city in central Vietnam home to a community of Japanese scholars, researchers, experts, and government officials.

Takeshi Hirohata, Hamada, and Suzuki have spent years teaching complimentary Japanese lessons inside a little store on Nguyen Tri Phuong Street, giving locals the opportunity to learn a language and culture they might otherwise never have experienced.

From ‘big boss’ to ‘admirable teacher’

Hirohata, 70, was the first to run the classes. He currently owns a chain of Vietnamese cuisine restaurants in Japan, as well as many Japanese diners in Ho Chi Minh City.

Today, along with his partners, “teacher Takeshi,” as he is respectfully addressed by the local people, devotes his time and intellect to the development of Hoi An’s ancient town.

To the trio of Japanese men, material life no longer holds the value it once did.

Hirohata had been an active businessman in Ho Chi Minh City since 1993, but the stifling rat race eventually forced him to seek out a path that would offer an opportunity for personal fulfillment.

On a chance visit to Hoi An a decade later, he was swept away by the similarities between the ancient town and his homeland.

“There are cottages along the river, old pagodas, and a blissful life. It feels as if everybody can sit down quietly together,” he said.

“All those things remind me of my childhood in Japan.”

This trip urged him to leave hustling Ho Chi Minh City, and his business, behind in order to follow his heart to Hoi An.

Meeting with Vo Phung, director of Hoi An’s Cultural and Sports Center and also a well-known mentor to Japanese experts in the city, Hirohata was exposed to the history of Japanese culture in Hoi An.

Indeed, one of the city’s most iconic tourist destinations, Chua Cau, also known as the Japanese Covered Bridge, was built by Japanese merchants in the 17th century.

Nowadays, an increasing number of Japanese settlers are coming to Hoi An each year.

Hirohata ended the conversation with Phung by asking one life-changing question: “Can we open a Japanese school?”

Phung’s reply was equally simple: “That would be great for Hoi An.”

At first, Hirohata was running the classes all by himself, but soon Hamada, 67, and Suzuki, 72, – his age-old friends – dropped by and were inspired to join him.

Together they help students learn how to write Japanese and speak the language.

The schedule depends entirely on a ‘whenever you’re free’ basis, and all the lessons are free.

Every day, the laughter of their students, both children and adults, fills the classroom that Hirohata pays for from his own pocket.

According to Oanh, the Japanese originally wanted to run the classes out of their own homes, but the Cultural and Sports Center eventually persuaded them to open a school at 39 Nguyen Thai Hoc Street, Hoi An.

Now, the teachers have their plates full, with morning classes offered at home and evening courses run at the Nguyen Thai Hoc ‘campus’.

During class, the teachers spend a significant amount of time exchanging cultural tidbits with their students, explaining about Japanese life and getting feedback about life in Vietnam.

They even offer field trips to Hoi An’s tourist destinations and instructions on how to cook Japanese snacks, like takoyaki.

“I go to the fish market at the edge of the ancient town every morning,” Hirohata said, referring to Hoi An Ancient Town, a well-preserved old town in Hoi An where traces of a busy 15th-century trading port could still be found today.

“I enjoy preparing meals for everyone. The life here makes me feel so much younger. It reminds me of my childhood,” he said.

“Besides these classes, we also offer scholarships to students at state schools. We are happy here and will keep these classes going until 2025.

"We’ll come up with another plan after that.”

A favorite spot for the Japanese

According to the Department of Culture, Sports and Tourism in Quang Nam Province, the ancient town of Hoi An stands out as a much-loved destination for the Japanese, with around 60,000 annual visitors.

The city was a merchants’ hub hundreds of years ago, and lots of buildings and current-day cultural heritage sites here were built by the Japanese.

The Japanese community often visit the tombs of Banjiro, Gusokukun, Tani Yajirobei – famed merchants who came to Hoi An in the 17th century.

According to Hoi An deputy chairman Nguyen Van Son, the city also enjoys the support of a league of experts from Japan, including scholars, researchers, specialists, and government officials.

“Hoi An hosts Japanese culture fairs every year, and in Japan there is a lot of marketing for the old town,” Son said.