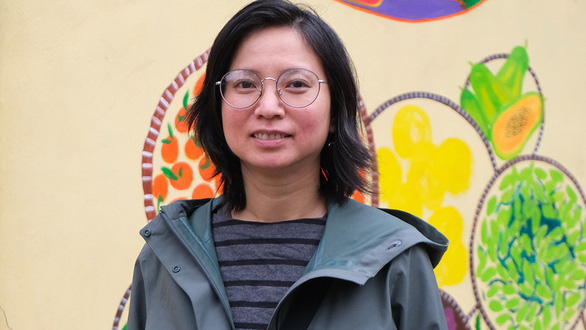 Woman builds hundreds of playgrounds for children across Vietnam

After six years spent building hundreds of playgrounds for urban children in Vietnam, architect Chu Kim Duc was named by the BBC as one of 2020’s top 100 influential women worldwide.

Duc first set out on a mission to reclaim public spaces for children after stumbling across a collection of photos by a foreign photographer who had spent significant time photographing urban playgrounds in Vietnam.

"As a local, it inspired me to do something.”

Thinking outside the sandbox

After anticipating clean spaces filled with laughing children, Hansen was caught off guard when she realized the city’s playgrounds were quite the opposite: old, rusty, and empty.

Hoping to make a difference, Hansen contacted Duc to help her build a playground near Hanoi’s Hoan Kiem Lake.

Though the project eventually fell through due to zoning restrictions, the idea inspired Duc’s group to embark on a mission of building urban playgrounds across the country.

2014 witnessed the completion of the group’s first project – a playground built on the Red River’s middle bank.

Hoping to leverage their first success, an event called 'Playful Day' was later hosted to raise public awareness of the lack of outdoor play spaces for children.

This served as the launchpad for Think Playgrounds to begin reaching out and collaborating with other communities and organizations to realize its mission.

Now, in the five years since Duc registered Think Playgrounds as a social enterprise in 2016, the group has constructed some 200 public playgrounds and an additional 100 private playgrounds.

“We chose the Red River’s middle bank for our very first project due to the huge support of local residents," Duc explained.

"A lot of skillful volunteers also lent us a hand in building the playground.

“Its success opened the door to many collaborative opportunities and offers to design and create play spaces for children.

"We realized public engagement was crucial in helping spread our idea.

"Instead of calling for volunteers, we persuaded local communities to take part in constructing playgrounds.

"We’ve found that this is the most sustainable way for us to implement our projects.”

According to the architect, the most challenging aspect of building a playground is actually making sure local residents are able to maintain it.

Think Playgrounds, with its tiny revenue, is only able to support up to two programs at a time.

Therefore, Duc said it is of utmost importance to have civic engagement in designing, building, and maintaining each project.

Think Playgrounds has a set of standards for their playgrounds which include using natural and recycled materials in order to educate children about climate change and other environmental problems.

“We used wood pallets at first, but decided to switch to old tires in order to make unique equipment that is much more durable," she said.

"Safety is also extremely important to us.

"We make swings that enable children to fly high so the ground must be covered with artificial grass, sand, and rubber."

A properly maintained playground can last up to five years, according to Duc.

The architect who does not get tired

After graduating from the Hanoi University of Architecture, Duc pursued a master’s degree in landscape and garden design in France before opening an architectural firm in Vietnam.

“I found it meaningful to come back to my motherland and learn from its people," Duc shared.

"I used these experiences to make documentaries and art-house movies later before I began constructing public playgrounds for childen."

Duc also was not shy about thanking her partner – Nguyen Tieu Quoc Dat – who helped her found the organization.

“He has a great perspective on social issues," she said.

"He’s also fantastic with managing our communication and design matters.”

Duc and Dat share a common interest in community development and a strong desire to contribute to Hanoi.

“We have learned restlessly together. Dat is both my soulmate and business partner,” she said.

Sharing is important to develop a project as the process helps to sharpen initial ideas.

A public space involves different stakeholders so it must constantly improve itself to adapt to local needs, Duc explained.

Despite being featured among the world's 100 most influential women, Duc said the recognition holds more significance for her mission than it does for her own personal achievements.

“I imagine city children who have to stay indoors playing games on smartphones or watching TV because there is no playground near home," said Duc.

"The lack of child-friendly public spaces restrains their emotional and physical development.”

At schools, children are put under many frameworks while on playgrounds, they are able to play whatever they want, discover new things, and meet new friends.

They can learn a lot from playing,” she said.

In the near future, Think Playgrounds will expand its activities to design public spaces for other stakeholders, not just children.

The most crucial question Think Playgrounds faces, according to Duc, is how to make communities feel that they are part of these spaces and choose to join hands in developing common spaces for all.