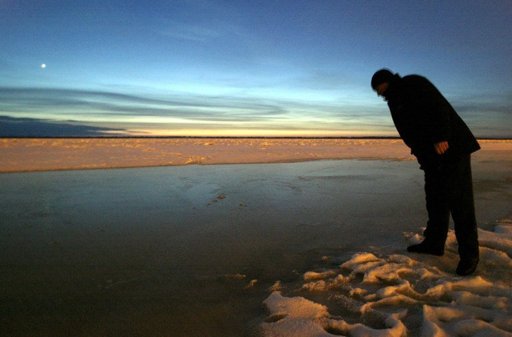 Floods in the Russian Far East broke historic records Monday as authorities evacuated over 19,000 people from affected areas and warned of a further rise in water levels.

Levels in the Amur river which flows from Russia to China broke historic records in the city of Khabarovsk and rain continued to batter the region as authorities sent out bottled water and administered shelters for displaced residents.

Russia's state weather service Rosgidromet forecast a further rise in water levels because of the continuing rains in the Khabarovsk region.

The maximum rise is expected later this week, head of Rosgidromet Alexander Frolov said on television.

Over 19,000 people have been evacuated from the regions of Amur, Khabarovsk, and the Jewish Autonomous Oblast, the emergency ministry said.

The Amur river is expected to rise in Khabarovsk, a city of 600,000 people, to nearly eight metres (26 feet), the regional branch of the emergency ministry said.

It warned of imminent flooding of key streets and energy infrastructure.

Water also damaged the region's agriculture, with 57 percent of all crops hit by the flood in the Amur region, according to the agriculture ministry.

Massive rains since the end of July saw the Amur River -- which borders northeastern China -- burst its banks, as well as one of its tributaries the Zeya.