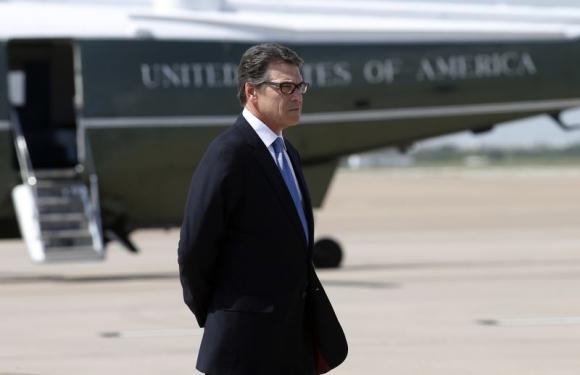 AUSTIN, Texas, July 21 - Texas Governor Rick Perry said on Monday he planned to send 1,000 Texas National Guard troops to the Mexican border to boost security during an influx of illegal immigration by children, a move that could increase pressure on President Barack Obama. Perry, seen as a possible Republican candidate in the 2016 presidential race, said the guard troops were needed because the flood of children crossing from Mexico had pushed federal border protection to its limits. "The price of inaction is too high for Texas to pay," Perry told a news conference. The governor's announcement came just days before Obama plans to meet with the leaders of Honduras, Guatemala and El Salvador on Friday to discuss cooperation dealing with the flow of child migrants from Central America. Perry said the National Guard would help the state's surveillance and deploy some of its assets, such as aircraft, to monitor the border. He give no indication the Texas National Guard would work directly with U.S. Border Patrol. During the nine months ending June 30, more than 57,000 children were detained at the U.S.-Mexico border, most of them from Central America, and double last year's count, according to U.S. government data. Perry said federal resources had been diverted to take care of those children, creating a vacuum for criminal cartels to step up operations. Perry previously called on Obama to send 1,000 National Guard troops to the Texas-Mexico border. Before the news conference, White House spokesman Josh Earnest told reporters: "If this deployment does move forward, it is the kind of step that we would like to see be coordinated and integrated with the ongoing response there." Tony Payan, director of the Mexico Center at Rice University's Baker Institute in Houston, said Perry's plan was more about politics than security because the state's guard troops would play supporting roles on the vast border and likely be deployed for a short period of time. "The operational impact is limited. This forces one to think that this is a political move by Rick Perry," he said.Numbers dropping The White House and lawmakers have called the influx a humanitarian crisis, and the Obama administration has requested an additional $3.7 billion from Congress to address the situation. Senior administration officials have said the number of unaccompanied minors crossing the border into the Rio Grande Valley in Texas has started to drop off. The White House said in a statement on Monday that preliminary data showed the average number of daily apprehensions of unaccompanied children by the Customs and Border Patrol had dropped by about half from June to July. In June, about 2,000 children were crossing the border on a weekly basis, one official told reporters on a conference call last week. By the second week in July, those numbers had dropped below 1,000 and were continuing in that direction, he said. The officials have tied the drop to factors including U.S. information campaigns about the dangers of the journey for the children and clear policy statements that coming to the United States would not give the migrants a pathway to citizenship. Obama has come under fire from Republicans who say his immigration policies have encouraged the children to make the journey to the United States. They have so far balked at approving the money Obama has requested from Congress.