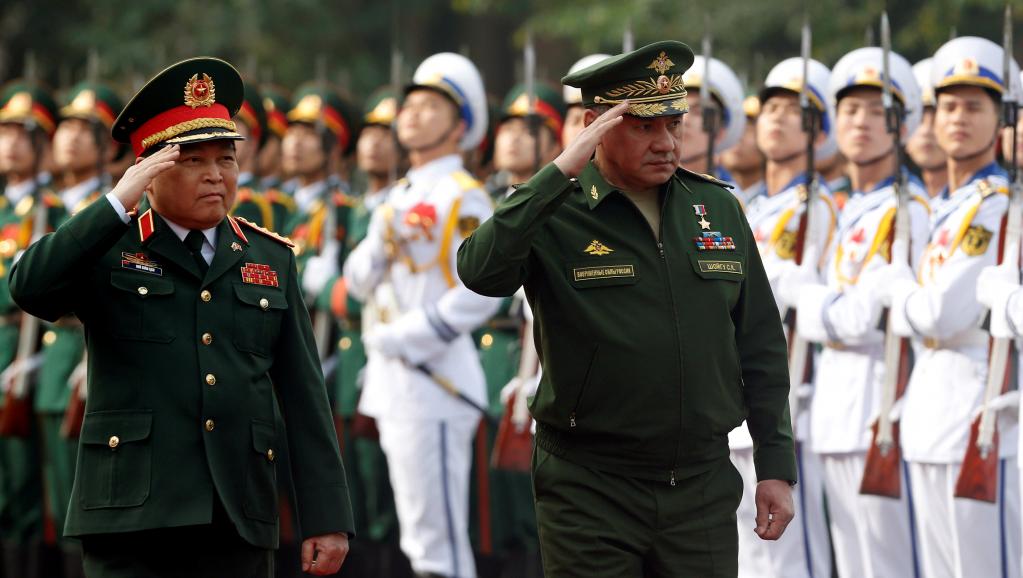 ‘Like-minded partner’ or ‘old friend’: Can Vietnam avoid getting caught between US and Russia?

Last week Vietnam saw back-to-back visits by two defense ministers from two of the country’s key partners – Russia’s Sergey Shoigu and the US’ James Mattis. Long-time observers of Vietnamese foreign policy have gotten used to such careful balancing by the country’s leadership: recent examples are the revolving-door visits by Donald Trump and Xi Jinping after the APEC Summit in Danang late 2017 or PM Nguyen Xuan Phuc’s visit to Moscow in May 2016 just as Vietnam was preparing to host then US President Barack Obama.

Shoigu’s and Mattis’ visits mirrored each other both in style and substance. Both met not only their counterpart Defense Minister Ngo Xuan Lich, but also President Tran Dai Quang and CPV General Secretary Nguyen Phu Trong, which tells us that the visits were not merely a defense-specific event, but a reaffirmation of long-term strategic cooperation. Both Vietnam’s defense partnerships are now based on three-year cooperation plans – the one with the US was agreed upon in October, the one with Russia concluded upon this very visit. Both visits brought some good news for Vietnam from the two partners – Secretary Mattis reaffirmed the intent to have a visit by a US aircraft carrier in March and Minister Shoigu stated that Russia is negotiating a deal on the S-400 air defense systems with “Southeast Asian states.”

This style of strategic balancing has become synonymous with Vietnamese foreign policy since the mid-1990s. This is perhaps the only way Vietnam can maintain strategic autonomy and not become a client state of any of the great powers present in the region. However, as tensions between those powers increase, the balancing game will no doubt become more complicated. A vivid example is a recent statement by the US State Department that criticized Russia’s Su-30 fighter jet sales to Myanmar on the grounds that they could be used in the military’s operation against the Muslim minority in the Rakhine state. While there is no reason to believe that the jets will (or even could) be used in such a manner and while Myanmar is supposed to be free to acquire any weapons systems from anyone it deems suitable, this is a worrying case of US-Russia tensions in other spheres and regions spilling over to Southeast Asian politics.

This spillover effect presents danger for both Russia’s Southeast Asia policy and Vietnam’s regional autonomy. For Russia, arms exports and military cooperation with Vietnam are not only about commercial value, but also an important way to demonstrate meaningful presence in the region that is an important element of Russia’s Asia policy. Shoigu’s visit to Myanmar, Laos and Vietnam as well as his participation in the ADMM+ meetings in Manila last November have been strong signals that Russia intends to remain a player on the Southeast Asian market for arms and military assistance in disaster relief, maritime capacity-building and fighting terrorism.

For Vietnam, Russia has long been a capable arms trade partner, boosting its capacity to deter China in the [East Vietnam Sea], for example, via the Kilo-class submarines and Gepard-class corvettes. An important feature of Russia as a provider of arms is that it does not demand in exchange any sort of political alignment or any domestic changes to Vietnam’s system. This is also a comfortable arrangement for China itself, as the positive trends in China-Russia relations serve as ‘insurance’ that Russia does not go too far.

If Vietnam’s relations with Russia were to become toxic for Hanoi in the eyes of the United States, it would change the strategic outlook dramatically. Over the last decades American policymakers were on the whole very understanding of the special defense relationship Vietnam has with Russia.

But we are now in a different situation in three regards.

First, the incumbent US administration has not always been respectful of the traditional ways of the US establishment. Could we see more irritation in US defense circles over Vietnam’s relations with Russia?

Second, the reemergence of the Quadrilateral format (US-India-Japan-Australia) shows the intention to build a stronger and more active response to Chinese assertiveness in the Indo-Pacific. Both the latest National Defense Strategy and Mattis’ designation of Vietnam as a ‘like-minded partner’ show that Vietnam along with some other Southeast Asian states will be wooed to partner up with this new arrangement.

Third, the negative spiral of US-Russia relations continues to build up and it is highly likely that 2018 will not be the easiest of years. The way the Russia story is unfolding domestically in the US may mean that the next administration after Trump could be the most anti-Russian in decades. In combination with growing US-Vietnam ties and US-China competition this may make future US policymakers uneasy with Russia-Vietnam traditional ties.

The only hope is that clear thinking will prevail in Beijing, Moscow and Washington and Hanoi does its best to explain its policies to all three.