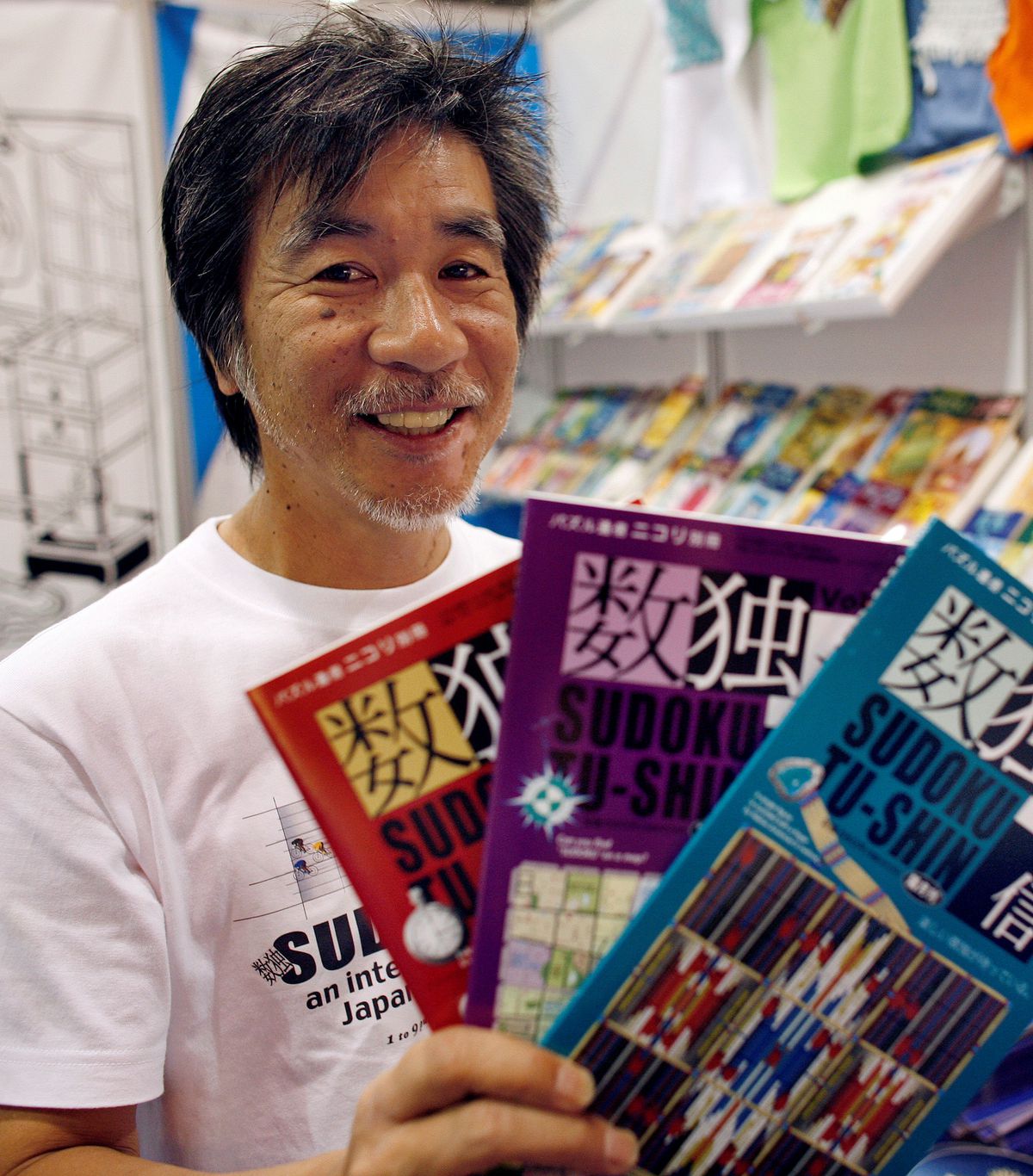 Japan's Kaji, the "godfather of Sudoku," dies at 69

Maki Kaji, a puzzle enthusiast and publisher who was known as the "Godfather of Sudoku" - the number puzzle played daily by millions around the world - has died, his company said. He was 69.

A university dropout who worked in a printing company before founding Japan's first puzzle magazine, Kaji took hints from an existing number puzzle to create what he later named "sudoku" - a contraction of the Japanese for "every number must be single" - sometime in the mid-80s.

The logic puzzle challenges people to fill a grid of 9X9 blocks, with nine boxes in each block so that all columns, both vertical and horizontal, contain the numbers 1 to 9 without repetition.

The number of filled-in figures for a grid at the start of the puzzle determines how difficult it is.

"Known as the Godfather of Sudoku, he was adored by puzzle lovers around the world and we would like to express our gratitude to all of you," his company, Nikoli, said on its website on Monday.

The cause of death was bile duct cancer.

Sudoku became popular outside Japan around two decades ago after overseas newspapers began printing it.

Praised as a way to keep mental faculties sharp, more than 100 million people around the world are estimated to try the puzzles regularly.

A world championship has been held annually since 2006.

Kaji continued to create and refine puzzles with the help of readers of his quarterly puzzle magazine.

He stepped down as head of his company in July due to ill health and died on Aug. 10.

"I get really moved when I see a new idea for a puzzle which has lots of potential," he told the BBC in 2007, adding that the secret to inventing a good puzzle was to make the rules simple.

"It is like finding treasure. It's not about whether it will make money, it is purely the excitement of trying to solve it."