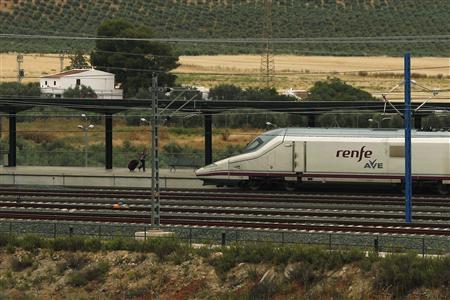 MADRID -- Spanish state-owned railway operator Renfe suspended the bullet train service between Madrid and Barcelona on Monday morning after cables were stolen, the company said in a statement.

A 19-year-old man was detained after he was found close to train tracks near Santa Oliva in Catalonia, local police said on Twitter.

Police have not ruled out making more arrests, they added.

Renfe established an alternative train route bypassing the high-speed network to take travellers from the capital to the country's second-largest city, Barcelona, the statement said.

The tourism industry's vigorous post-pandemic recovery this summer has stretched Spain's transport infrastructure, as it has in other European countries, leaving it vulnerable to any kind of disruption.