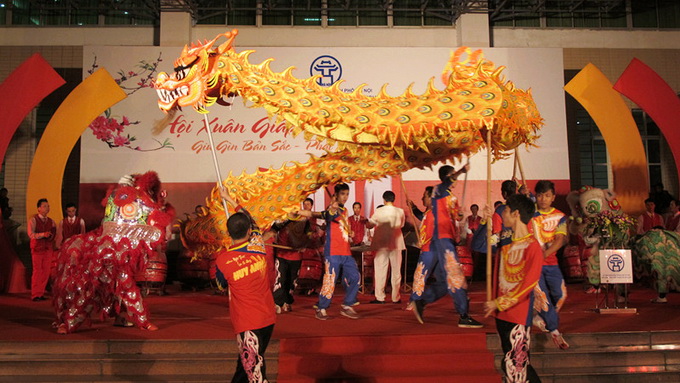 The ongoing Hanoi Tet fair, which closes Jan 26, showcases a wide variety of food specialties, handicraft items and folk games from across the country.

Another highlight is the re-creation of traditional craft making processes and folk games including walking on stilts, tug of war, and “o quan”.

Visitors can also take a look and choose for themselves among the Hanoi delicacies such as La Vong fish paste and "banh tom Ho Tay" (Tay Lake crisp shrimp pastry) as well as specialties from other provinces.