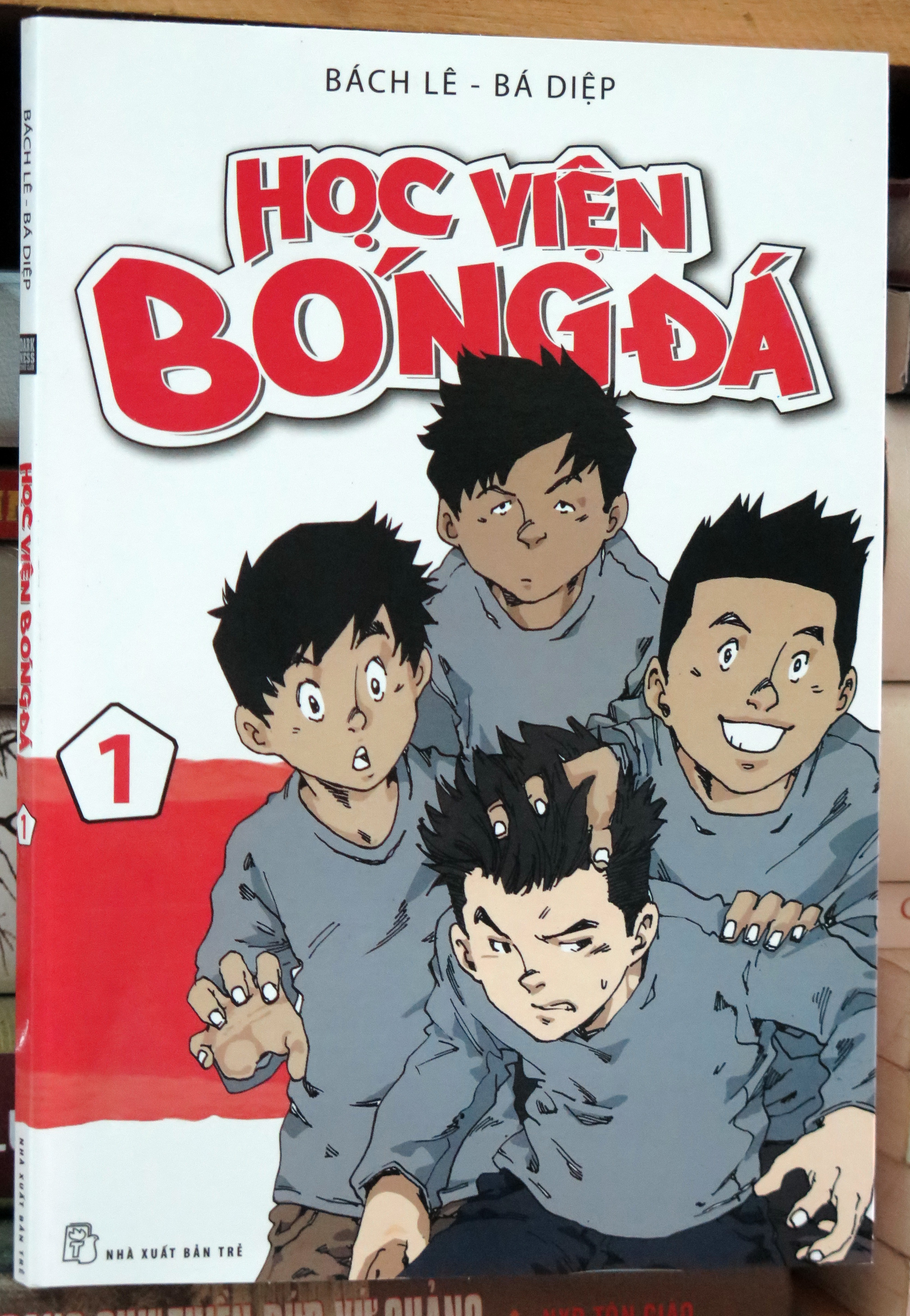 The first installment of a comic series inspired by members of  the Vietnam national under-19 football (soccer) squad is scheduled to be released today, October 6.

It also features insider stories, their trials and tribulations, resounding success as well as sad defeats.

The comic revolves around four young footballers at a local football academy, whose names, footballing skills and personalities strongly resemble such U-19 players of the youth squad as Cong Phuong, Tuan Anh, Xuan Truong, and Dong Trieu.

They are four outstanding members of the Hoang Anh Gia Lai – Arsenal JMG Academy, located in the Central Highlands province of Gia Lai.

Two installments of the series, which is expected to appeal to kids over eight years old, are to be released each week.

According to Tre Publisher, at the end of each installment are annexes which provide systematic information and intriguing stories on the development of Vietnamese football, careers and life stories of famed Vietnamese footballers, as well as useful tips for young sports enthusiasts.

Fifty copies of the series’ first installment with autographs by the four Vietnam U-19 footballers will be released at Tre Publisher’s book fair at 161B Ly Chinh Thang, District 1.

A publisher representative said that in an attempt to boost the growth of local comics, a copy of “Hoc Vien Bong Da” will only cost VND18,000 (US$0.85), even though production costs are already VND40,000 apiece.   Apart from the 3,000 copies of the first installment in the first print, the publisher has added another 2,000 to cater to strong demand from distributors.

Bach Le, the series’ principal artist, shared that he and his scriptwriting team visited the Hoang Anh Gia Lai – Arsenal JMG Academy, took part in the young footballers’ strenuous training sessions, and listened to their heartfelt stories about both their professional and personal lives.

The team then included the details in their comic and made the young footballers’ stories come to life with their skillful strokes and humorous storytelling.

Nguyen Minh Nhut, the publisher’s director, shared that the series is not intended to praise the Vietnamese U-19 players, but instead to depict stories about passion and perseverance to overcome hurdles, which can also apply well to everyday situations.

“When the U-19 players read the series, which features themselves and their teammates, they’ll be urged to further their professional efforts and protect their good image among local fans. The comic might also serve as a brake, keeping the young players from rampant temptations later,” he stressed.

Doan Nguyen Duc, one of Vietnam’s richest tycoons, who spent US$4 million on founding the Arsenal- supported football academy in 2007, greatly appreciates Tre Publisher’s initiative on the comic.

He said the comic series will have a strong impact on building personality among his young players, who in his opinion may not be very mature yet, but are striving to become good citizens.

The national under-19 team, which is mostly made up of players from the academy, plus some from other local clubs, has played well on several occasions, including the qualifying round of the 2014 AFC U-19 Championship in October last year, when they secured crushing wins over Taiwan, Hong Kong, and archrivals Australia.

The team beat their Thailand counterparts in the second half of the semi-final match in late August to reach the final of the Southeast Asian U-22 Football Championship, or Hassanal Bolkiah Trophy. They lost 3-4 to Myanmar in the finale.

After a strong run, they failed to win the ASEAN Football Federation’s Nutifood U-19 Cup 2014 on home soil after being defeated by their formidable Japanese rivals in the final game in Hanoi in mid-September.

The comic is also intended as a morale booster to the team, who flew to Nay Pyi Taw – Myanmar’s capital – on Sunday to prep for the finals of the AFC U-19 Championship 2014, set to kick off on October 9.