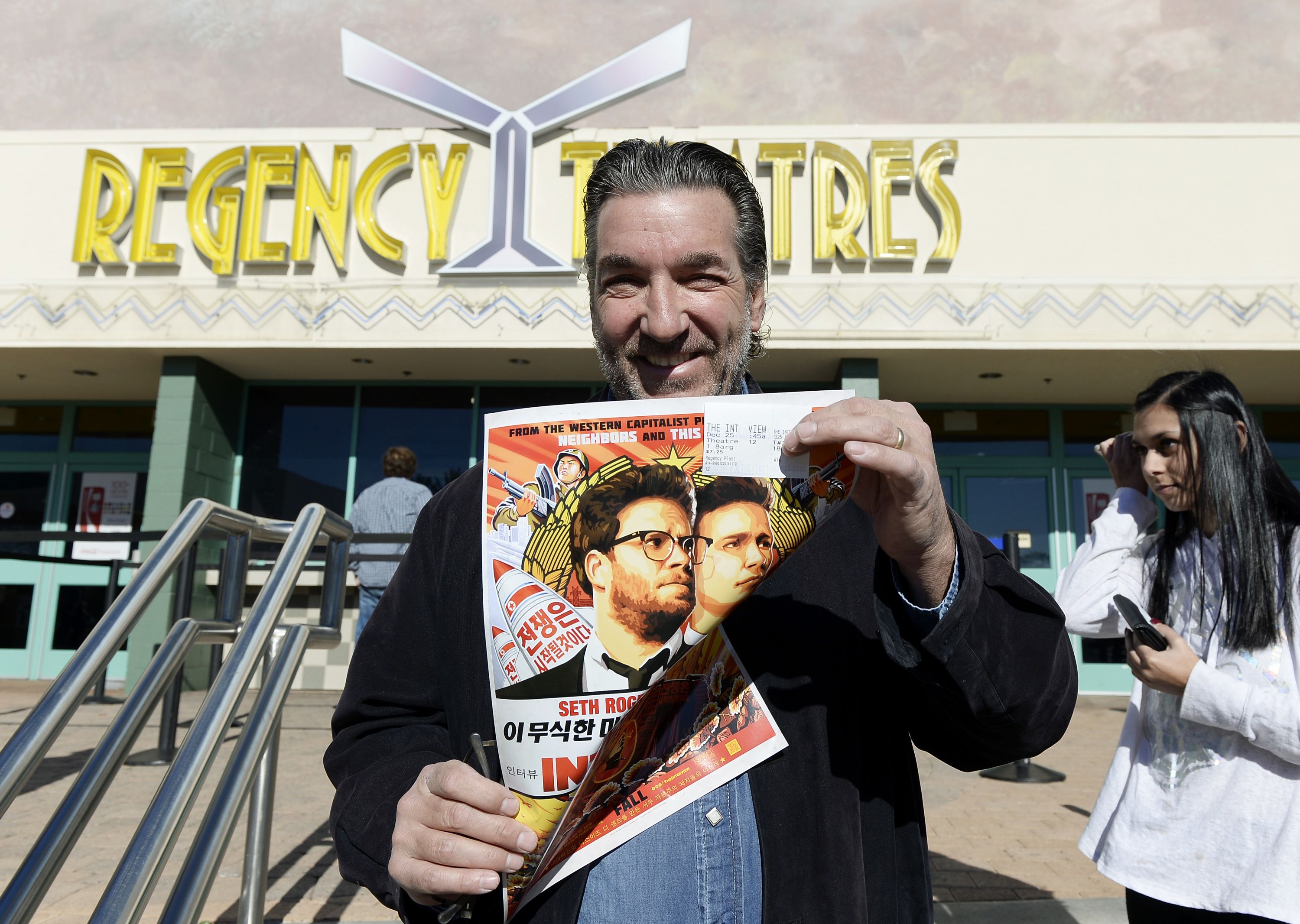 'The Interview' makes $1 million before online revenue rolls in

"The Interview" took in more than $1 million in a limited Christmas Day release, a solid showing that could be quickly eclipsed by the money Sony Pictures makes with its groundbreaking online debut of the raunchy comedy.

That the farcical film - which angered North Korea and triggered a devastating cyberattack on the studio - is now a guinea pig for Hollywood's digital future constitutes another bizarre twist in the month-long Sony Pictures saga.

After large movie theater chains refused to screen the comedy following threats of violence from hackers who opposed the film, Sony stitched together a limited release in 331 mostly independent theaters and a $5.99 video-on-demand (VOD) rental option on YouTube, Google Play and other sites.

"I'd be surprised if this wasn't one of the biggest VOD events ever," said Jeff Bock, a box office analyst at Exhibitor Relations, who thinks Sony could have charged more.

Until Sony discloses the online revenues, it is hard to know if the studio will come anywhere near recouping the $44 million it cost to make the film, plus the $30 million-$40 million that some estimate was spent on marketing the film and its stars, Seth Rogen and James Franco.

The comedy, steeped in gross-out, bathroom humor, depicts the travails of two journalists who get enlisted to assassinate North Korea leader Kim Jong Un. It might not be a typical Christmas Day release, but it filled theaters and got lots of laughs.

Sony "got $1 million in sales, that's a nice bit of gravy... knowing the main release isn't happening the way it should be," said Gitesh Pandya, editor of boxofficeguru.com.

The theatrical release so far amounts to less than 10 percent of the cinemas that had been planned for a wide release in the United States and Canada. The film was expected to gross at least $20 million over the long holiday weekend if in wide release, according to Boxoffice.com.

The day before Christmas, Sony Pictures released the movie online via Google Inc's YouTube and Google Play, Microsoft Corp's Xbox gaming console and a Sony dedicated website. Sony is looking for more partners for digital distribution, though hundreds of thousands of people have reportedly downloaded the film from pirate sites.

The controversy gave the film exposure to audiences that might never have gone to see it otherwise, and many who showed up on Christmas Day said they were there to support free speech.

One of those was David Humdy, 65, an entertainment industry accountant who saw the film in Los Angeles and declared it "silly, entertaining, better than I thought."

The extensive press coverage could also boost the film in overseas markets, where Rogen and Franco are not yet big stars.

Pandya believes Sony Pictures will be able to absorb losses easily, as it is not unusual for a film of such a budget to fall short.

"It's hard to find a way that they recoup it all because they did end up spending a lot of money on marketing for a theatrical release that never happened," he added.

But the fracas forced Sony to explore more fully a territory looming on the Hollywood horizon: "day-and-date" simultaneous VOD and theatrical release. VOD deals tend to give studios a higher slice of revenue than the 50-50 split they share with U.S. and Canadian movie theaters.

"If this does really well, obviously, the tide will keep turning towards online," said Bock. "It could send ripples down the line in terms of how Hollywood is going to release its products."